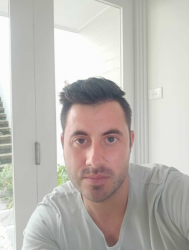 Anyone who knows me knows that I’m a massive Game of Thrones fan – apart from when it comes to the final season…let’s agree not to mention that particular train wreck — so when I found out that there’s a GoT version of Catan it felt like Christmas, Easter, and my birthday had come all at once.

The game, A Game of Thrones Catan: Brotherhood of the Watch, is based on George R.R. Martin’s A Song of Ice and Fire series.

Even if you haven’t read the original books (I’m definitely judging you right now), there’s no need to worry — the game shares many similarities with the HBO TV adaptation.

Stick with this guide to find out everything you need to know about Game of Thrones Catan, including how to win the time-honored position of Lord Commander of the Night’s Watch.

You’ll need courage, strategy, and a little bit of luck. But don’t forget…the night is dark and full of terrors!

A Game of Thrones Catan: Brotherhood of the Watch was released in 2017 by Fantasy Flight Games in response to the immense popularity of the GoT novels and TV series.

Like John Snow, the bastard son of Ned Stark, players are thrust into the Night’s Watch, where they pledge an oath to protect the Seven Kingdoms from wildlings and White Walkers while strengthening their hold on the north.

As with traditional Catan, the aim of the game is to be the first player to reach ten victory points. To achieve this, you must build settlements, grow civilizations, and defend the north from attack.

Before you get started, I’d recommend checking out our ultimate Catan strategy guide.

How does Game of Thrones Catan Work?

Here are some important features and rules you’ll need to know.

First of all, you’ll need to know the base game rules before the GoT game rules will make sense.

Once you’ve finished, the game continues to the left.

You begin each turn by rolling two six-sided dice; the sum of the dice determines which hexes produce resources.

If you have a settlement on an intersection that shares a border with a terrain hex marked with the same number on the dice, you earn one resource card of the hex’s type. The same applies to all players.

Trading resources is an essential part of Catan. You simply announce what you require and what you are willing to trade; other players can do the same and make counteroffers.

Trade with the supply is permitted at a ratio of 4:1, so you put four of the same resource cards back and take a new one of your choosing.

However, if you have a keep or settlement on a trade route, you’re in luck! You can trade at a better rate of 3:1.

Building allows you to increase your victory points, so it should always be one of your main focuses.

You’ll need to pay specific combinations of resource cards to expand your road network and improve your production of vital resources.

At most, you’re permitted to build fifteen roads, five settlements, and four keeps.

You’ll also be careful about where you build roads; each new one must connect to your existing roads, and only one route can be built on a path.

To earn the “Longest Road” card, you have to be the first player to build a continuous road consisting of at least five segments.

Catan has a distance rule that you should be aware of: you can only build a settlement at an intersection if the three adjacent intersections are empty.

Every settlement of yours must connect to at least one of your roads.

Establishing a keep means upgrading one of your existing settlements. To do so, you’ll need two ore and two grain resources.

Having a keep is beneficial because it allows you to gain two resource cards for an adjacent terrain hex. Plus, every keep is worth two victory points.

To do this, you’ll need ore, wool, and grain.

When you purchase a development card, you have to draw one from the top of the pile. There are three different types:

You should keep these cards hidden until you need to use them.

If you roll a number seven, nobody receives any resources. Instead, each player with more than seven resource cards needs to return half of them to the supply (the choice is yours, and if the number is odd, round down).

After this, you need to move Tormund to a number token on a different terrain hex. Steal a resource card from one opponent with a settlement or keep it adjacent to the target hex.

The player who has just been robbed should keep their resource card hand face down so it can’t be seen by anyone else. Take one random card. If the target hex turns out to be adjacent to two or more keeps/settlements, you can decide which one to steal from.

Follow the instructions on the card, then remove it from the game.

Victory point cards should be kept hidden, and you can reveal them only during your turn and when you are sure you have ten victory points.

Rules for Brotherhood of the Watch

The rules for Game of Thrones Catan: Brotherhood of the Watch use the same base rules I’ve explained above, but there are a few changes.

The Wall, the Wildings, and the Gift

Taking a turn is essentially the same as in the base game, but you roll three dice instead of two.

There are three types of wildling:

The numbered connection between a camp and an adjacent clearing is called a trail; if the wildling die roll result matches a number on one of the trails and there’s a wildling in a camp connected to that trail, the wildling advances to the clearing.

If there are multiple wildlings, the closest one moves to the clearing, and the rest moves one camp closer.

When the Wall is breached, do the following:

Trading is different in only one way compared to the base game: when trading with the supply, you use a ratio of 3:1 rather than 4:1.

Building is also the same, with a few exceptions:

Each time you build a settlement, you’ll need to reveal the token and migrate a wildling to a clan area from the Frostfangs. You can find out what type of wildling migrates and where by checking the wildling token.

Every time you take the Largest Patrol or Longest Road special card, you have to randomly draw a wildling card to “migrate” a wildling.

This requires one wool, one brick, and one lumber. Once you’ve paid for a guard, you can position it on a Wall section of your choice, though it has to be unoccupied and of the lowest number.

Having three guards on any section of the Wall allows you to gain a VP token. You’ll receive an extra token if you have five guards on the Wall.

Your hero card defines your unique advantage. The first time you use it, you have a choice to make:

If it’s a tie between multiple players with the same number of guards, the tied player with the most VPs wins.

How many Pieces are there in Game of Thrones Catan?

Here are some other games I think you’ll enjoy.

There’s a kingdom, rival families, power, wealth, poverty, war…it’s all very Game of Thrones-y, so you see where I’m going with this recommendation. King’s Dilemma is my favorite game (something I don’t say lightly!). Take on the role of a leading house and persuade the King to follow your advice to bring about a favorable outcome.

Intrigued? Good! Then check out our King’s Dilemma game guide.

Stratego Conquest is another adaptation of a well-established game with a bit of a Game of Thrones feel to it (just look at the illustrations on the box – cool, right?). You’ll need to be good at strategizing and playing tactically to capture your opponent’s flag.

Find out more in our Stratego Conquest guide.

Question: Is Game of Thrones Catan a Family Game?

Answer: While I’d definitely say that the original version of Catan is a typical family game, I wouldn’t give the same label to this edition because the TV show and novels on which it’s based are aimed at an adult audience.
Nevertheless, if it’s a family game you’re after, we have a guide to the best ones available today!

Question: Does Tormund Count as a Wildling?

Answer: Although Tormund is a wildling in A Song of Ice and Fire, this is not true in Game of Thrones Catan.

Question: What if there’s a Tie at the End of Game of Thrones Catan?

Question: Is Game of Thrones Catan an Expansion Pack?

Answer: No, it’s actually a standalone game; however, there is a 5-6 player expansion pack.

Question: Are there Any Accessories to go with Catan?

Answer: Yes – we have a guide to the best Catan accessories.