Stratego is an exciting strategic board game filled with action and suspense. But with so many different pieces involved, learning how they work within the context of the game can be challenging.

Fortunately, this guide is here to help you on the road to becoming a Stratego master!

As far as board games go, Stratego is a pretty thrilling one if you’re interested in theoretical warfare.

It’s a two-player game recommended for people eight years and older. However, due to small parts which present choking hazards, the game isn’t for children under three years old.

You can find out the most recent price of Stratego and purchase the game here.

If you have a younger child, why not check out our guides to the best games for three-year-olds and four-year-olds?

Stratego’s board becomes a battlefield, and the pieces represent opposing armies. The original version, which featured extensive Napoleonic imagery, was manufactured in the Netherlands by a company called Jumbo. It was trademarked in the US in 1960.

The Stratego box reads: “The gameboard is your battlefield. You have an army of men at your disposal and six bombs. Your mission – protect your flag and capture your opponent’s flag.”

Interestingly, the origins of Stratego can be traced back to a traditional Chinese board game called Jungle, also known as Game of the Fighting Animals or Animal Chess.

The pieces used in Jungle are animals rather than soldiers, and they all have different ranks. Likewise, pieces are not hidden from the opponent in Jungle, whereas they are in Stratego.

Stratego was present in Europe before World War One in a more recognizable form, where it was called L’attaque. There are subtle differences between the two, but they share many similarities.

The most recent version, which originated in the Netherlands, originally featured printed cardboard pieces. These became wooden after World War Two, and it wasn’t until the 1960s that the pieces were made from plastic.

Arguably, one of the greatest things about Stratego is its versatility. Many cultures have adapted it over the years, with Europeans adding cylindrical castle-shaped pieces and Americans adding colorful stickers.

Versions like this are still available for purchase online. For example, there is a medieval-themed edition called Stratego: Conquest.

More recently, an Assassin’s Creed version of the game was created and has proved very popular. In addition, there is a Lord of the Rings version and a sci-fi version available on Amazon as well.

Another classic game with an interesting and lengthy history is Monopoly – find out how to play it in our guide.

Traditional versions of Stratego contain 80 pieces in total, with 40 per player, but there are other 40 piece and 20 piece variations. However, this guide will focus on the traditional game.

For any long-time fans of Stratego, it’s worth knowing that you can often find vintage Stratego pieces for sale on Amazon, such as this 1986 blue bomb or this 1961-75 red scout.

The 40 pieces are as follows (ranked from low to high): 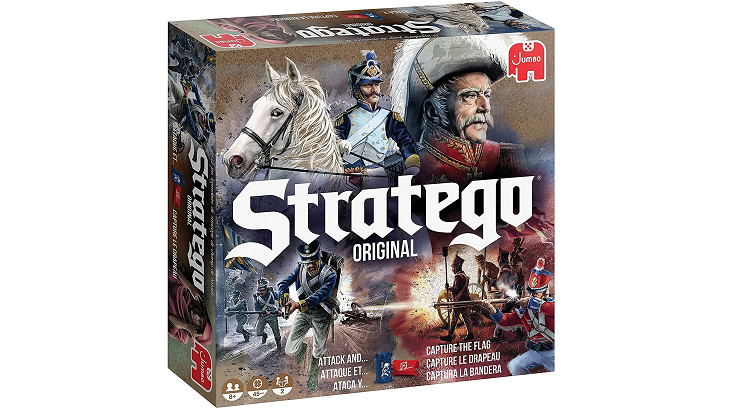 The flag is a crucial piece because the aim of the game is for each player to defend their own flag and capture their opponent’s.

It is an immovable piece; capturing it wins the game.

Like the flag, bombs are also immovable pieces. They are captured by miners.

The marshal is the strongest piece on the board, but it is vulnerable to the spy. It can be captured, but only if the spy attacks first.

A marshal (number 10) outranks a general (number 9) and all lower-ranking pieces.

It can be used to attack 25-34 of your opponent’s pieces.

As you might have guessed, the general is the second most powerful piece in the game. It can be defeated by a bomb, marshal, or another general and can attack 33 of your opponent’s pieces.

Scouts are generally weak pieces, but they should not be underestimated in their value. They are excellent for detecting your opponent’s manpower and gauging the strategic landscape of the board.

Scouts are the only pieces that are permitted to both move and attack on the same turn. They can move forward, backward, or sideways in any number of open spaces.

Miners are crucial for disarming enemy bombs, of which there are 6 in the game.

The special attack privilege belonging to Miners is that when they strike a bomb, it is diffused; if any other piece on the board hits a bomb, the piece is lost.

If any piece captures the spy, it must be removed from the board. However, it has a special attack privilege; it is the only piece that can capture a marshal (providing the spy attacks first).

Protecting your spy is a crucial part of the game.

Sergeants are the least valuable and useful pieces in Stratego. This is because they are the lowest ranking pieces that don’t have a special ability. 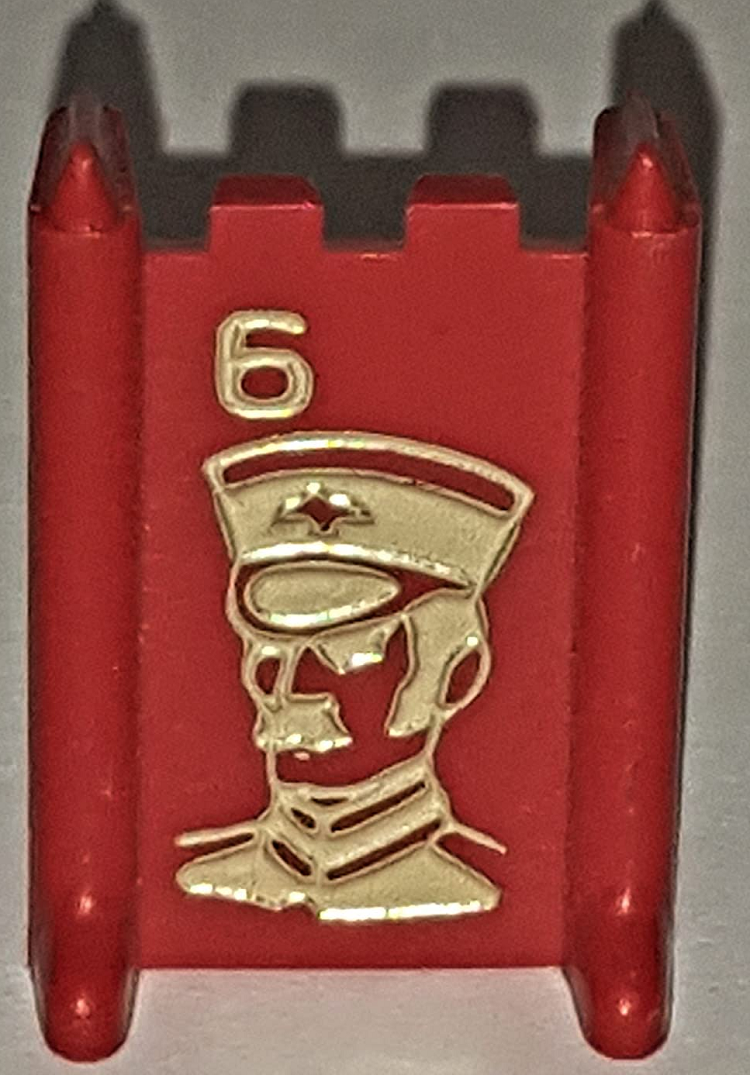 Lieutenants are medium-ranking pieces. They are capable of defeating roughly half of your opponent’s pieces.

Captains sit roughly in the middle of all the pieces in terms of rank and can attack, for example, lieutenants.

Majors tend to be attacked by generals and colonels.

Colonels are the third-highest ranking piece, and you only get 2 of them. They can attack 24-32 of your opponent’s pieces.

Now you understand the basics of how to play Stratego and how each piece works within the context of the game, it’s time to learn some simple strategy.

Scouting is the tactical process by which you reveal the rank of your opponent’s pieces using your own low-ranking ones, such as miners and sergeants.

This is one of the most useful tactics you can use in a game of Stratego. These are the most important types of bluffing:

There are two main types of trapping: lure trapping and bomb trapping.

Lure traps are made during the setup phase by placing pieces in a strategic position on the board. The most effective lure traps tend to have two higher-ranking pieces behind the bait.

Bomb traps, on the other hand, rely on a formation of bombs to trap your opponent’s pieces so they can’t move without blowing up.

Setting up the game can be daunting when you’re not yet confident with creating and implementing a strategy, but the most important thing to remember is that setting up the board well is a crucial step towards success. 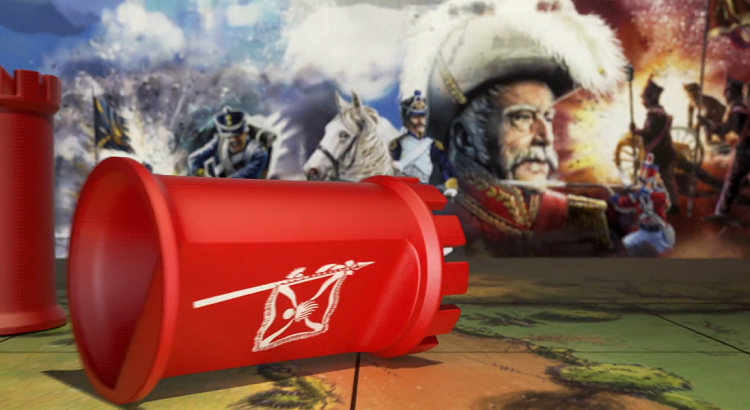 Finally, here are a few tips and tricks that I find most helpful when playing Stratego.

It’s easy to get frustrated when you lose a marshal or general, but persisting with the game is the best thing you can do as a beginner. It will help you learn and progress much faster.

Bomb in Your Flag

Beginners tend not to be very protective of their miners, so by bombing in your flag; you have a good chance of winning or at least tying.

YouTube is a valuable resource that you should use to strengthen your skills and understanding of the game. By watching people play who are better than you, you can learn new techniques.

Question: What are the Rules for the Spy in Stratego?

Question: Can You Move Backward in Stratego?

Answer: Most pieces are able to move only one square at a time, either forward, backward, or sideways.

Question: Can Stratego End in a Draw?

Answer: It’s possible for Stratego to end in a draw if, at the end of the official playing time, the game has not been won, and both players agree to call it a draw.

Question: What Age Range is Stratego Suitable For?

Answer: Since Stratego involves a considerable amount of strategy, it’s recommended for people eight years and older. However, if your child is younger, we have a guide to the best games for three-year-olds and four-year-olds.

Question: How Old is Stratego?

Answer: Stratego has been around for a very long time in various forms, but the modern version can be dated back to approximately 1946.

Answer: If you’re a fan of strategy-based games, it’s definitely worth checking out Settlers of Catan. Alternatively, if you like the idea of adventure-based games, Sleeping Gods is an excellent choice filled with a huge amount of content to explore.

Wrapping It Up – Where Can I Buy Stratego?

If you’re ready to get going with Stratego, you can purchase Stratego from Amazon here.