Finding a 6 player board game can be tough, especially with the fact that most games are geared toward 3-5 players. But have no fear, in this guide I’m going to lay out the absolute best 6 player games for your group. By the end of the article, you’ll understand what makes a good 6 player game, how to find them, and my top recommendations.

My bottom line is that if you’re looking for a solid 6 player board game that involves ever-changing dynamics, look no further than Twilight: Imperium. The hosts 6 players perfectly, and will keep you coming back for more.

As a close runner-up, Codenames: Pictures and King of Tokyo are two selections I’d recommend if you’re looking for a quicker, easier-to-learn experience. They both will bring you and your friends together like no other!

Types of 6 Player Board Games

There are many types of 6 player board games, but we’re going to break down a few specific ones today to help guide your choices. These are my favorite categories to dive into that most often support 6 players (or more!)

Cooperative games are those that involve working together as a team to conquer a common goal. I like to play these games with people that I’ve just met, or with friends that tend to get over-competitive.

They’re a great way to build teamwork and enhance your friendships because the hardships of the game affect everyone! The best part is that the prize is even sweeter at the end because everyone wins. A few examples of cooperative games include Castle Panic and Arkham Horror.

Eurogames are a genre of a board game that seems like it would be boring at first glance but is enormously fun. They’re centered around resource management and types of workers, to control the most land. Generally, these games require a large amount of skill and don’t rely too much on luck. Classic examples of Eurogames are Settlers of Catan (w/ expansion packs) and 7 Wonders.

Role-Playing Games, also known as RPGs, usually require a more in-depth investment into the game and can take much longer to play than your average board game. These games are usually centered around building a character up with certain skills and traversing across lands filled with various obstacles.

These games are best for solid friend groups that want to commit to a longer gameplay experience, sometimes lasting weeks or months. Probably the most classic example is Dungeons and Dragons.

War Games, also known as Territory Games, generally involve fighting for the most land across the board. Although fairly self-explanatory, these games require strategy and out-of-the-box thinking in order to win.

Don’t play these games if you’re a competitive person, as they bring out the crazy in some people! Examples of games in this genre include Sphere of Influence and Game of Thrones.

Party Games are a great choice for (you guessed it) parties! These games usually involve minimal strategy and rules and involve messing with social dynamics. Classics of the genre include Cards Against Humanity and Codenames. However, in today’s market, there are hundreds of variations of these games that get more specific to the type of people you’re hanging out with.

How to Find the Best 6 Player Board Games 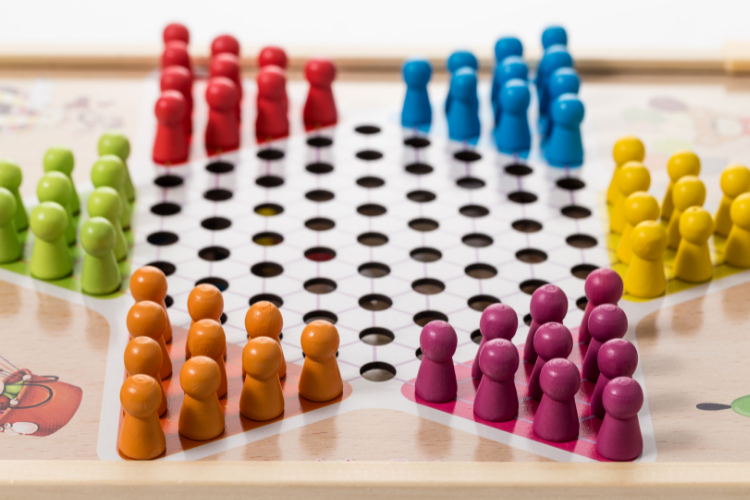 Out of all the places to find the best 6 player board games, buying online is my number one choice. The internet lets me scope out reviews on games before I purchase them, and I often like to read the rules beforehand as well.

Oftentimes I don’t feel like committing to a game solely based on how long the rules are! One last advantage about ordering online is that you can dive into some possible strategies to get the edge on your opponents ahead of time. Perhaps I’m too competitive?

My next favorite place to buy board games is at specific game stores. Almost every medium-large city has one tucked away in a small strip mall on the outskirts of town. Just type in “board games store” into Google and you’ll find your local dealer.

The advantage with board game stores is that you can talk to the clerk about their opinions on games. These stores are generally run by mom-and-pop businesses, which means the employees are passionate about games and can give you good tips on what kind of game to get.

Many of these stores also host “board games nights,” where you can meet other board games enthusiasts, and play against some new opponents!

Last but not least, you can generally pick up board games in retail stores like Target, Walmart, or even Kroger. The catch is that these places usually only stick to mainstream games, but you’ll find the occasional niche game in some of these spots.

My favorite thing about retail locations is that they’re generally great for picking up any kind of “party game.” By this, I mean games that generally don’t require a lot of strategies, but are great for large groups of people that are simply looking for a good time.

The Best 6 Player Board Games

Every time I play this game I am forced to ponder new strategies as players rise in various ways, so it keeps me on my toes. Overall, the game lasts about thirty minutes and is best with more players. 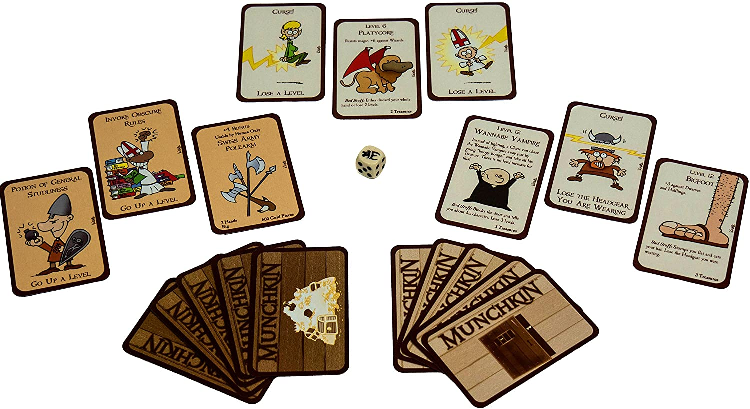 Munchkins is a great 6 player game if you like getting back at your friends. By the end of the game, it’s sure to test your friendship as gameplay involves trying to demote other players in order to move yourself up.

Although every player is on their own, alliances will be both forged and broken as players are forced to work together to take down opponents in the lead. Plus, the game has endless expansion packs to keep the gameplay fresh!

Arkham Horror is a cooperative RPG game that is based on the writings of H.P. Lovecraft, one of the best horror novelists of all time. The game can take upwards of three hours to play, and utilizes various characters that have to work together in the common goal of finding and defeating “The Ancient Ones.”

Check this game out if you’re looking for an in-depth mystery experience that will keep you guessing at every turn. 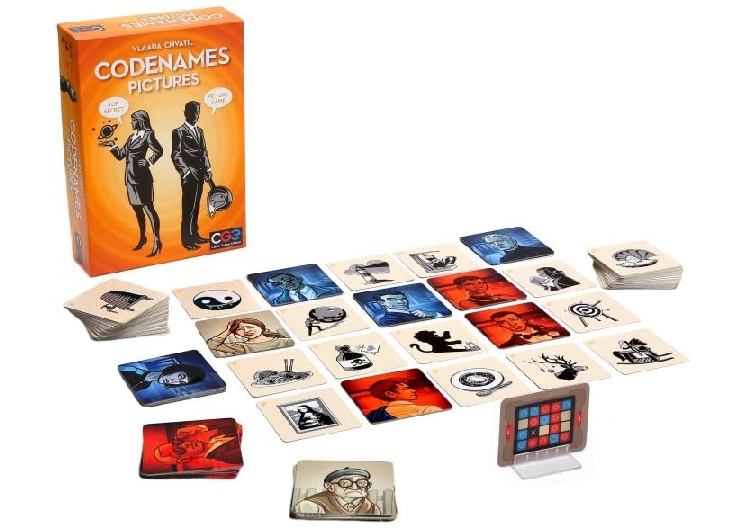 One of my favorite party games to play with 6 players is Codenames: Pictures. This frantic game involves two teams racing to reveal each other’s identities, using word association elements. The best part of the game is that it’s extremely easy to learn, and can be played multiple times in one night with ease. The game can support up to 8 players, and players can drop in and out with ease. 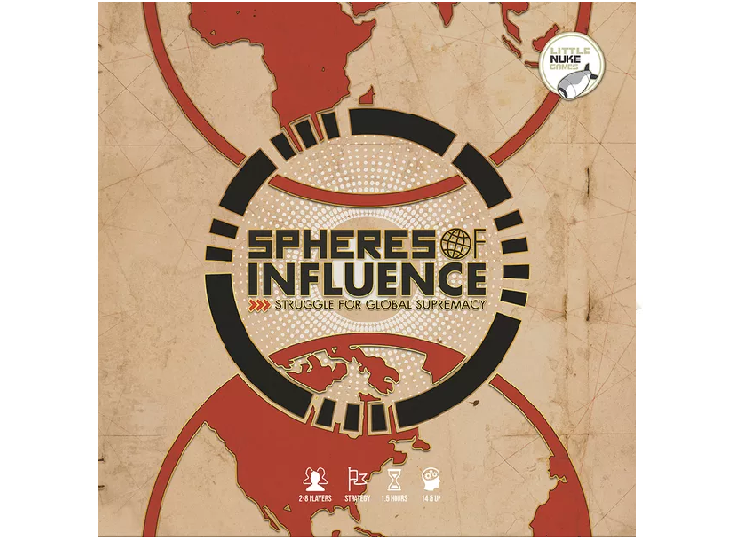 Sphere of Influence is a great game for anyone that loves Risk or Axis and Allies but has 6 players. The game plays in a similar fashion and is streamlined to allow for quicker player turns. The fun thing about this game is that it can even support up to 8 players, so if you have a few unexpected people joining for the night, it’s a great game to have in your back pocket! 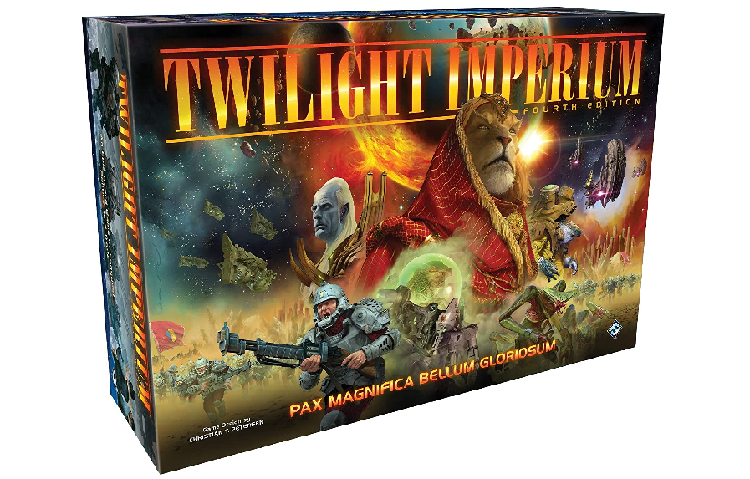 Twilight: Imperium is a game centered around galactic conquest, through which players must utilize their political, military, and economic skills in order to win. The game becomes an epic story with 6 players, as everyone tries to compete individually to conquer the galaxy. If you and your friends love science fiction adventures that require quite a bit of strategy, this game is for you. 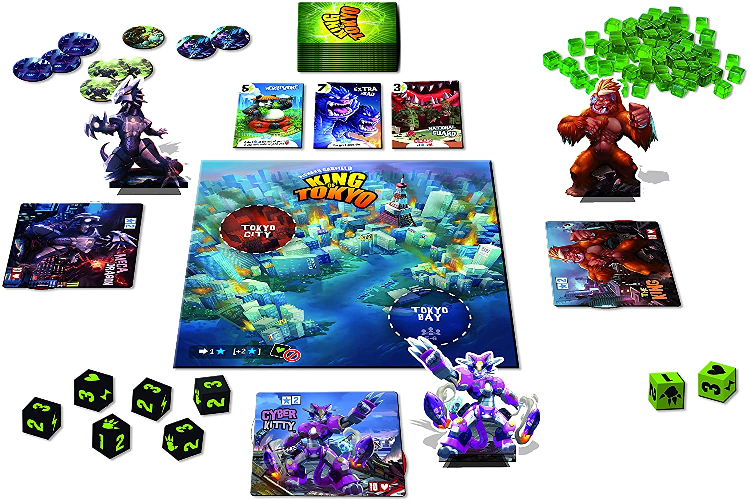 My favorite thing about King of Tokyo is how easy it is to pick up and start playing, plus the game only takes about 30 minutes to play! The gameplay involves each player becoming a monster destroying Tokyo, and they all fight to become the King monster through various attacks on other opponents.

The game advances through the use of dice and cards and is a great addition for anyone looking for a strong introduction to the multiplayer board game world.

A Game of Thrones: The Board Game 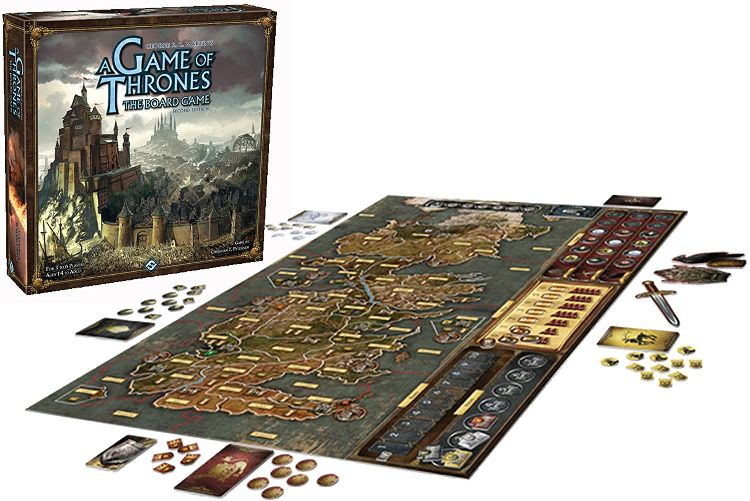 If you and your friends are fans of Game of Thrones, look no further than the official board game. This game lets you continue the series, long after the tv show ended!

The gameplay revolves around three sections, the Westeros Phase, the Planning Phase, and the Action Phase. In each section, the players slowly ramp up their executive plan to take power. This game can take a long time (anywhere from 2-4 hours) to play, so be prepared for an epic, lengthy session before you start. 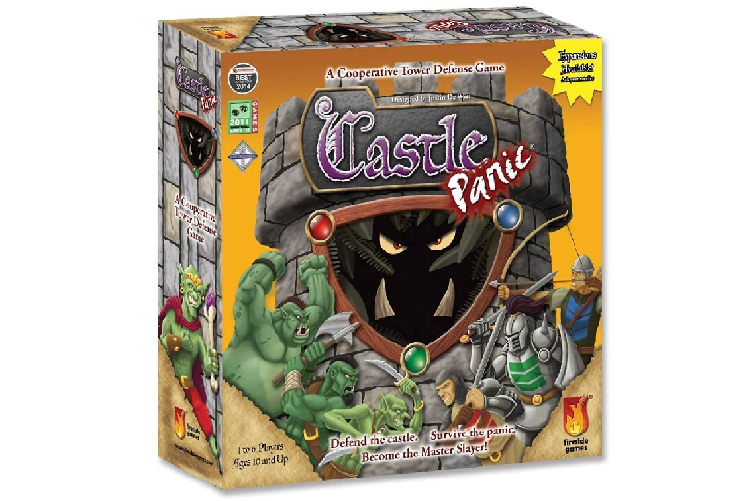 Castle Panic is a great family board game to play that involves fun cooperation between its players. The game can even be customized based on the level of difficulty you want to play, which can help you ease into the game if you’re new. Another fun fact about this game is that it can even be played solitaire as well, if your game night ends up getting canceled due to the weather!

Question: What Kind of Board Games Involve 6 Players?

Answer: 6 player board games generally go in one of two directions. There is usually either a large amount of strategy and/or cooperation involved to win, or they are geared towards party environments that are geared towards fun. Depending on what type of experience you want to have, you’ll have to choose your game accordingly.

Answer: In general, yes. 6 player board games generally require more pieces and more complex rule systems to play, so they often fall into the higher price category. That being said, they are worth the extra dollar, as the experience of playing with 6 friends is unlike anything else.

Question: Where Can I Get 6 Player Board Games?

Question: Do 6 player Board Games Require a Lot of Time?

Answer: In general, most 6 player board games require more time than games featuring fewer players. This is because it takes longer for each player to make a turn, and switch to the next player. My best advice is to find players that are serious about the game, and get a timer if needed to keep the game flowing. Another option is to pick up a game that requires less thinking, like a party game.

Question: Where Can I Find Friends for a 6 Player Board Game?

Answer: One of my favorite options is to go to your local board game store and see if they host board game nights. These often present great opportunities to meet friends that are also into the board game experience.
Another option is to look for local meetup groups that play board games. Once you establish a base group of people to play board games with, it’ll be easy to set up a night each week to get together and play!

After sifting through all these board games, it’s difficult for me to choose a favorite because they all have their own advantages and disadvantages. But at the end of the day, there is one game that consistently comes to mind when dreaming of my next 6 player session.

That game is Twilight: Imperium. The game, although complex, brings such a different experience every single time that it constantly feels like I’m playing a new game.

Twilight: Imperium offers 17 different paths to victory, and the board is constructed completely different every single time. When you stack the game up with 6 players, the dynamic changes very quickly, forcing players to chase new and ever-changing goals as the game progresses. I couldn’t recommend it enough for anyone that is serious about 6 player board games.