Catan is one of the most popular board games you’ll find worldwide! So whether or not you’ve played Catan, you should consider playing it.

The popularity of a game can be determined by the number of expansions it has. Catan has had several expansions and spin-offs along the way.

From Rivals for Catan to Catan Seafarers, you have quite the mix. I’ve compiled this list to go over Catan Seafarers and to give you a suggestion for some similar games.

So get ready to conquest, stop some pirates, and read this Catan Seafarers Guide.

Whether or not you’re new to board games, you might not have heard of Catan (Previously known as The Settlers of Catan). It’s a fun board game that was developed in the 90s.

You and the other players are settlers on the island, building roads, cities, and settlements. The board game is shaped like a hexagon.

You build your land through resources (ore, brick, lumber, grain, and wool). The resource cards will show what you have available.

You roll the dice to see what resources the hexes produce during your turn. If you have a settlement next to the hexagon just called, then you’ll receive one piece of that resource as well. I also have a guide on Catan Explorers and Pirates to check out!

The card game is slightly different from the original Catan game since it’s only cards. However, it has similar rules since you have resources, but it’s only for two players.

What Is Catan Seafarers? 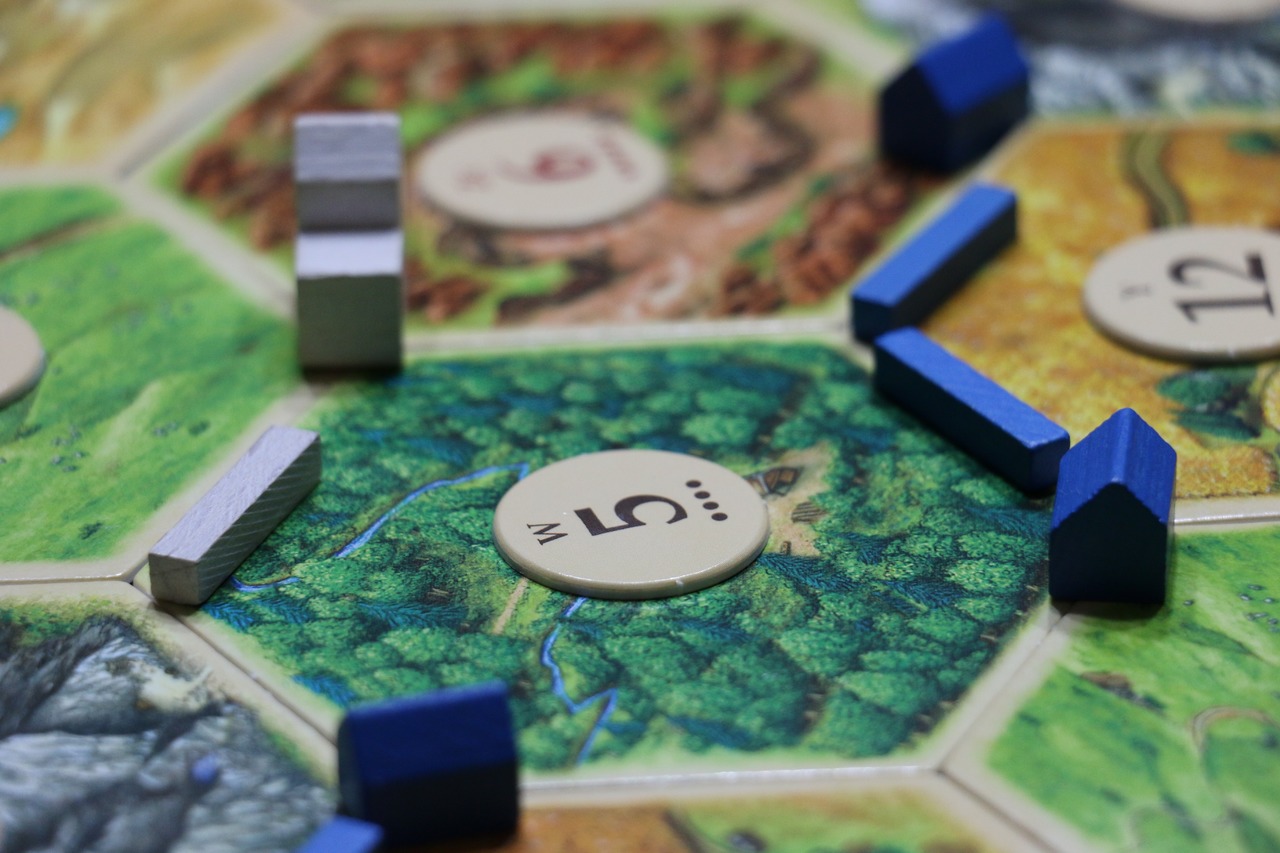 The average game takes about sixty minutes, and three to four players can enjoy it. You’ll want to be at least ten years old. You’ll need the base game of Catan to play this. Like the original game, there will be some luck involved.

Each time you play, the game will be a bit more unique. Play to find out who will be the ruler of Catan. 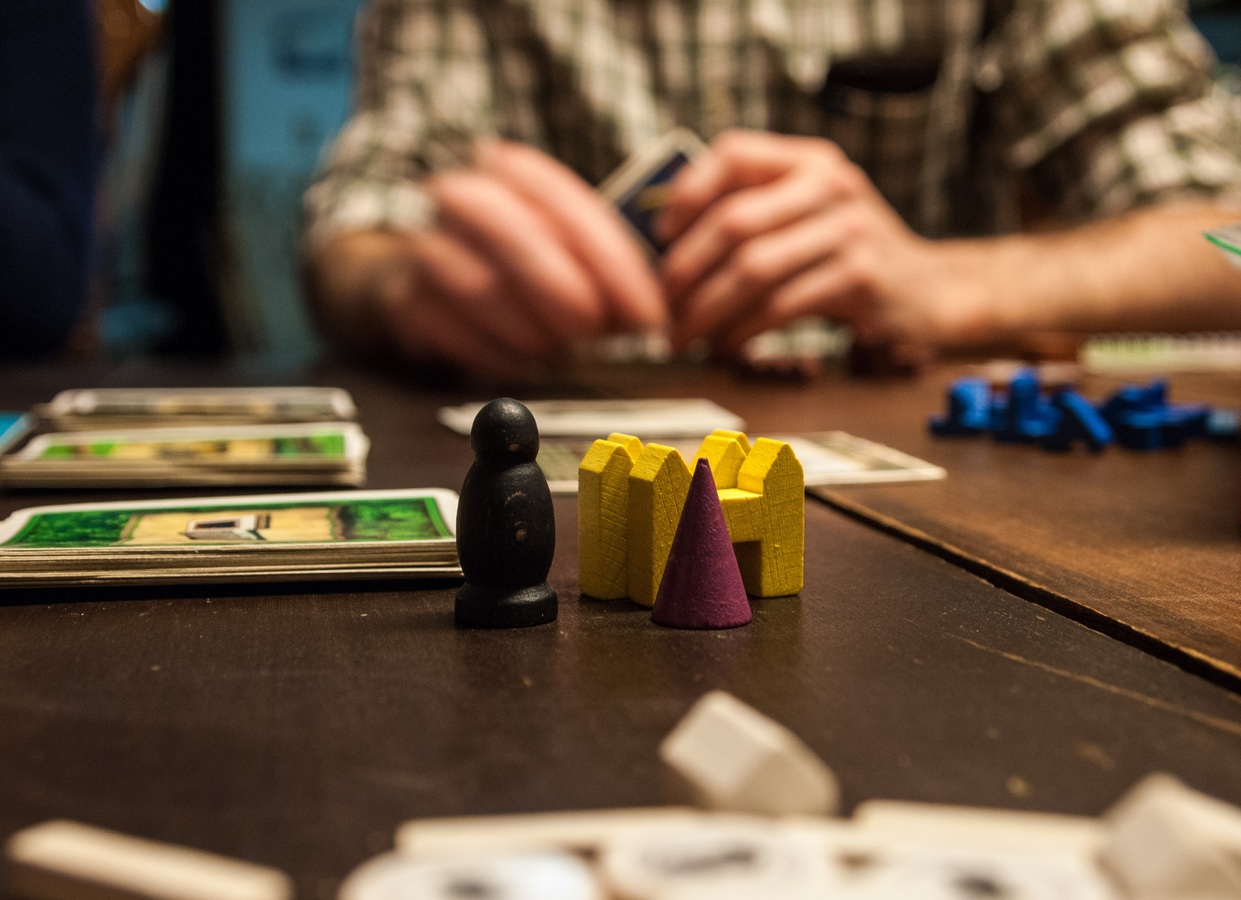 In Catan Seafarers, you have various scenarios.

Be sure to follow the instruction manual that comes with the game. You’ll need components from the base game to get started.

Follow the basic rules of Catan to set up the main island with ships and roads. The first player to reach fourteen victory points first wins.

Replace all of the original harbors with the new ones that come with the expansion. Turn over the frame pieces from the original box.

Extra frame pieces will determine whether it’s for three or four players. If you’re playing The Wonders of Catan, The Pirate Islands, The Cloth For Catan, or The Forgotten Tribe, you’ll have one map size. Once you build the frame, you’ll need to place the sea and resource hexes.

You’ll also need to place the number tokens and any extra items in the scenario instructions.

The scenario will determine how the entire board will be set up. Also, how many players in total there will be. You must follow these rules to avoid a game not going smoothly.

After placing the frame pieces, you’ll set the hexagonal tiles and tokens down. Finally, the harbor tokens will be randomly placed on the board.

Harbor tokens that are listed in the scenario description are then shuffled. Once shuffled, you’ll need to select the harbor tokens one at a time. Then, place them where the scenario states to.

There are various scenarios, but I’ll provide the setup for The Four Islands. The tribes of Catan land on the island and find multiple resources.

As time goes on, they become curious about what’s outside the islands. So for four players, you’ll need five special 2:1 and four 3:1 (generic).

You’ll need 24 Catan chits. Follow the instructions to ensure that you have everything that you need.

You can place your settlements on one or two islands of your choosing. Other islands are foreign to you. 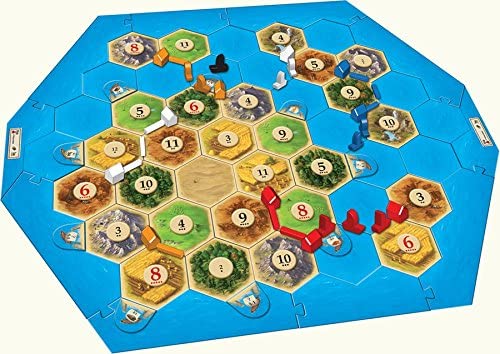 A new island is discovered by the people of Catan, and they name it Desert Island. The island itself is split into two parts.

While you’re busy building on one side, the other side is found to have fertile land. Ships find gold on smaller islands.

Follow the instructions for setup. Then, when you build a settlement in a foreign area, you’ll receive two victory points.

Place the two Catan chits under the settlement. Every player can earn up to eight victory points!

To travel, you’ll need ships! However, keep in mind that ship pieces aren’t representative of the ships.

The pieces reflect the shipping route. Use one lumber and one wool resource to build hulls, masts, and sails.

They have to go between two sea hexes or between a land and a sea hex. So you can’t build a ship that’s along a coastal route if there’s already a road along with the hex.

Ships can’t be connected to roads since they have their sea routes. Roads can’t connect to ships either.

You have to build a settlement first to do this. Any unconnected networks won’t go toward the longest trade route.

Shipping routes can either be open or closed. If a line of ships isn’t broken that connects to two of your cities or settlements, then it’s closed. When a ship is part of a closed shipping route, you can’t move it. Open routes you can.

When you move a ship, you can only move one during your turn. It has to be during the building phase. You have to abide by the rules of a new ship.

Where to Buy Catan? 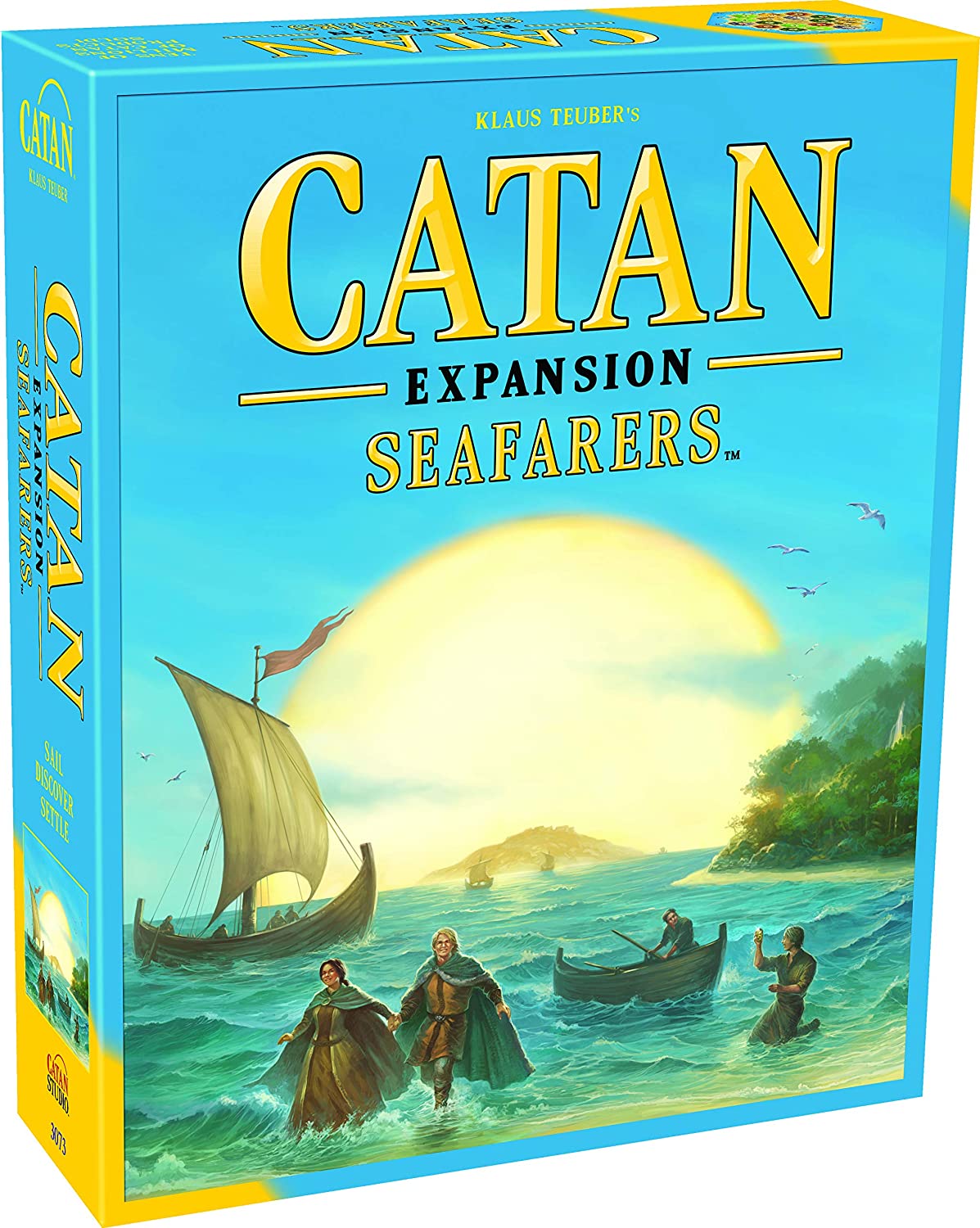 You can go in person or online. I highly recommend online since it’s much more convenient.

You can have it delivered right to your home and buy it with one click of a button. I love how Amazon has the buy now button.

As long as you have your information popped in, you can get your item delivered with one click of a button. Target and Walmart are options too. I usually check out as a guest for Walmart, so it takes longer. I have an account with Target and love how you can earn points!

My Alternative Top Picks at a Glance 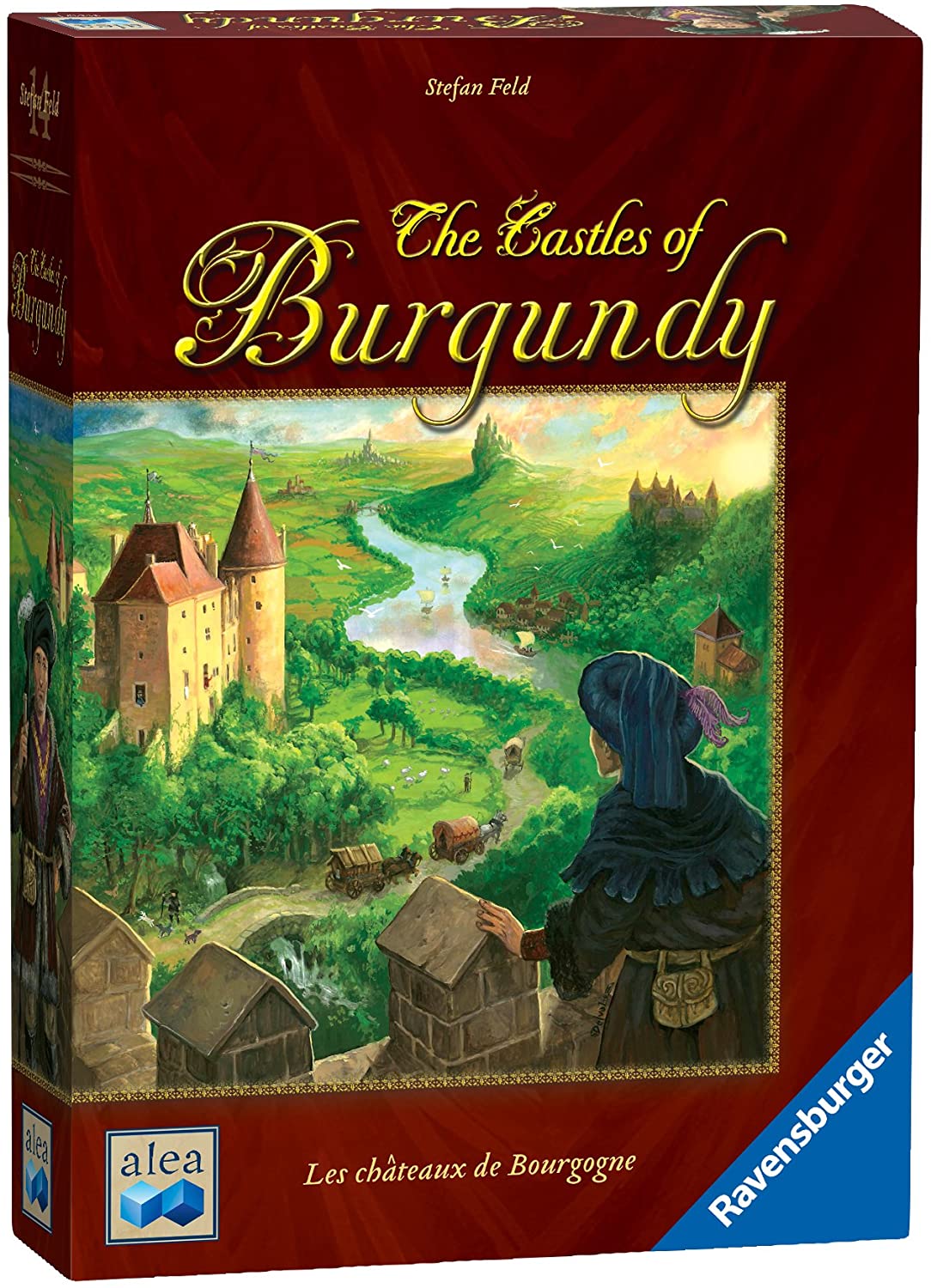 Castles of Burgundy can vary depending on which version you have. Take a trip back to Medieval France to watch your land flourish.

Trade, agriculture, city development, and academia can happen to help your city grow. It’s a game of strategy. Map out your decisions carefully to win.

Perfect for those who are at least twelve years old. 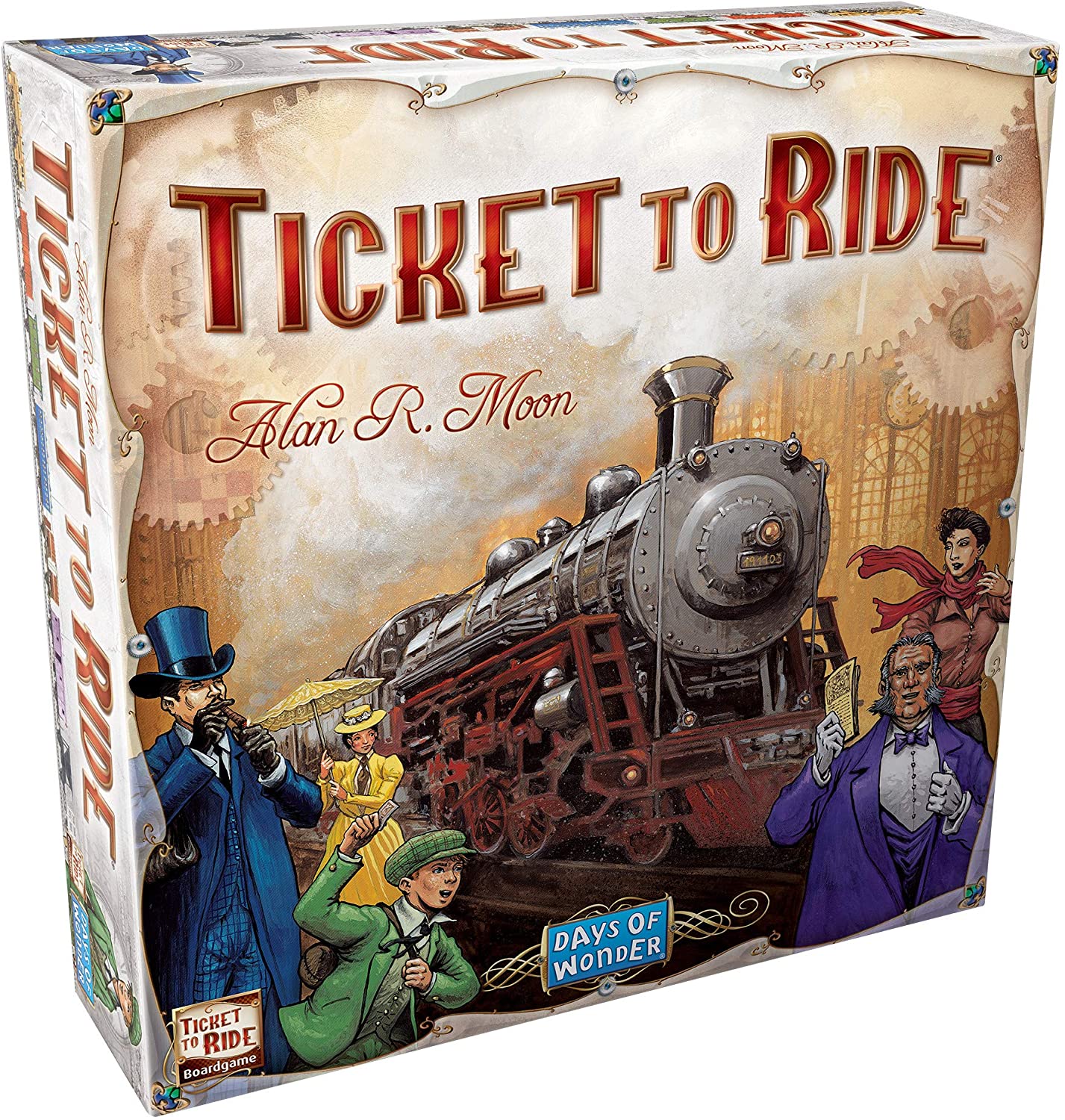 All aboard the trip back to North America in the railroad tycoon era! You don’t have to be a Vanderbilt to enjoy this game.

Play with your friends and see who can gain the most points. Each route will give you a different number of points, so choose carefully!

Try to go for routes that have cities in the center. That’ll allow you to build even more routes!

You’ll need to build all of the routes on the cards you have. If not, you’ll lose points.

It’s a game of strategy and developing your railroad tycoon business. 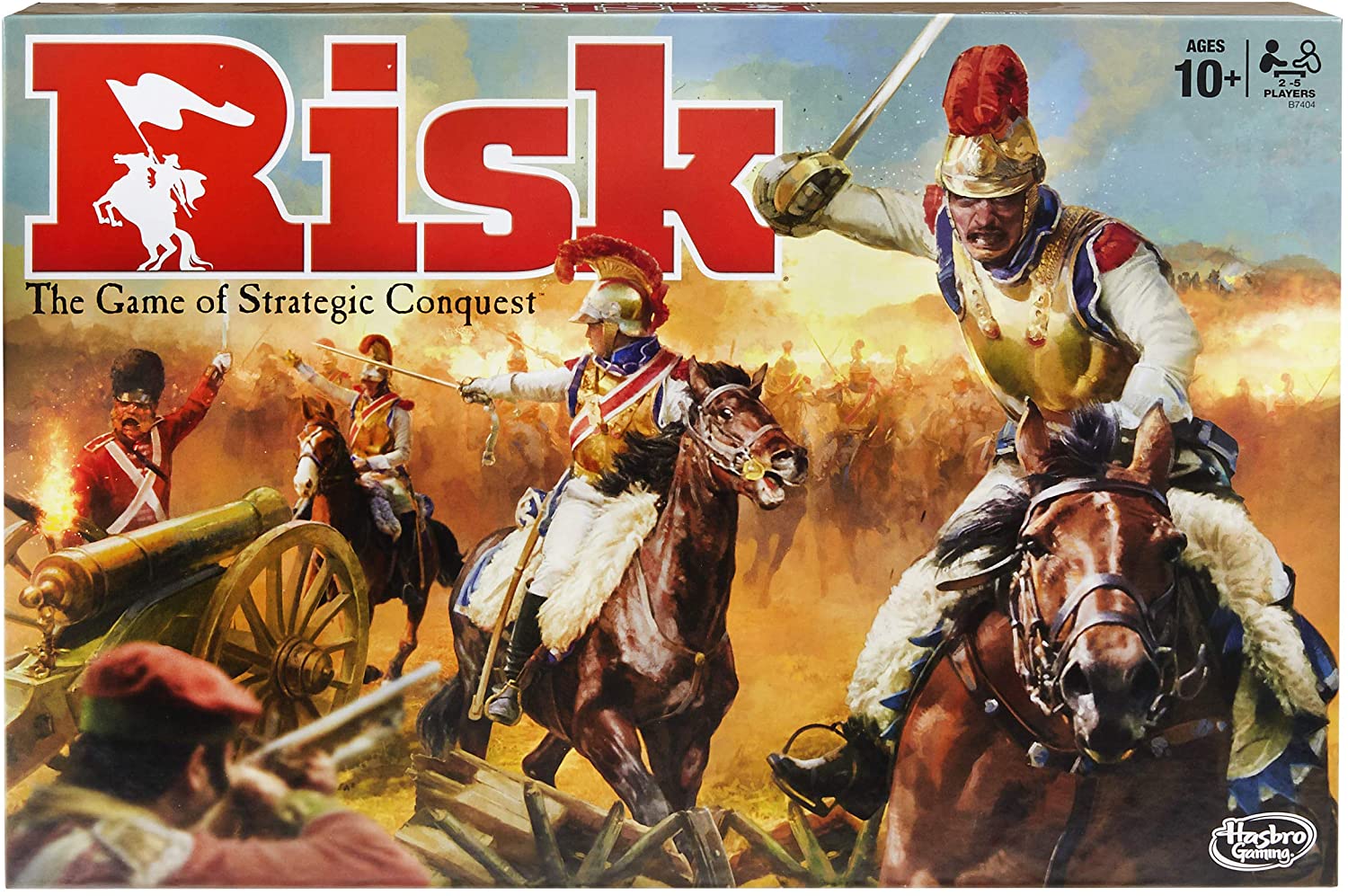 One of the classic board games that you can enjoy. It’s a strategy board game that can play two to six players.

The original version has a political map of the world. Be prepared to play this for a while since it can take two to three hours. It’s a ton of fun, though!

You and the other players will try to control every territory on the board before someone else. While it takes a while to learn, it’s perfect for various ages to enjoy.

To gain control of other territories, you’ll need to attack other players on the board. Of course, your own territories need to be defended as well. 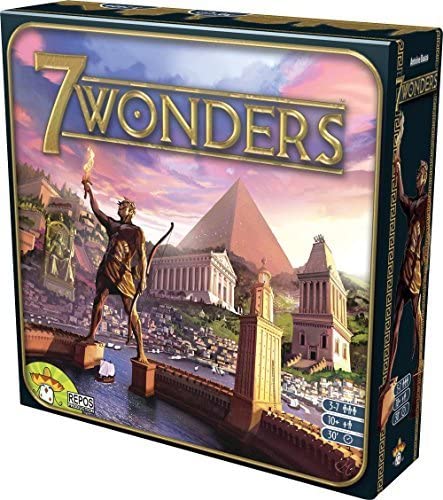 You have Age I, Age II, and Age III. You can play six cards per age to develop your city.

When an Age is over, you have to compare your military with the neighboring cities. Once Age III is over, you count your victory points. Whoever has the most points wins.

It’s perfect for those who are at least ten years old. It can play three to seven players.

Question: How many players can play Catan?

Answer: Three to four, although some expansions will make it longer.

Question: How long does it take to play Catan for real?

Answer: It could take anywhere from 90-120 minutes to play.

Question: What is the best strategy for Catan?

Answer: Check out my guide on it!

Question: What are the best Catan versions or extensions?

Answer: Catan Seafarers is definitely up there!

After exploring the Catan Seafarers guide, I hope that you’re ready for your next game night with your friends or family! Be sure to keep the instructions handy as you go through the game.

Make sure that you have the base game of Catan since that’s necessary for this expansion. Also, consider their other expansions if you’re looking to play with more than four people. Some of them allow you to play with more people.

In my opinion, Catan Seafarers is one of the oldest, largest, and best Catan expansions. It’s great for teens for a family game night or for adults for board game night.

If you enjoy this article, be sure to check out our other articles today!