If you like Twilight Imperium, you might be searching for other games similar to it. Whether you’re looking for something fresh and new or want to try something similar, there are plenty of options to choose from.

Board games are a favorite of mine. For years, I’ve been a part of a local board game meetup in my area, including testing out new games.

They’re a great way to relax after a long day. I highly recommend them if you haven’t tried them.

I’ve compiled this list to give you various choices when it comes to board games. So read on to check out different games like Twilight Imperium today!

What Is Twilight Imperium?

While there’s plenty of conflict in the galaxy, it’s a place of perseverance. It’s a sad respite today that stops many from consuming its power.

In the area, you have the Winaaran custodians. During the game, you’ll find out who can help take over the land.

If you like Sci-Fi, then you’ll love this game. You’ll compete for allegiances, warfare, political dominance, trade, etc. Assume victory from enemies in the game.

The game is unique, where each faction has its own play experience. Remember that only one, in the end, will be on the throne in Mecatol Rex.

It’s an exciting game since its setup can change each time. Be prepared to sit for a while since it takes about four-eight hours. It’s best for those who are at least fourteen years old.

Some pretty good Sci-Fi board games are similar to Twilight Imperium. If I had to choose a favorite, though, it’d have to be Asmodee Eclipse Board Game.

During this game, you have an empire, and some people try to keep the peace. However, underneath this facade, you have growing tension and alliances breaking.

You and the other players must compete to find out who will be the new ruler. Enjoy building spaceships and colonizing new land. 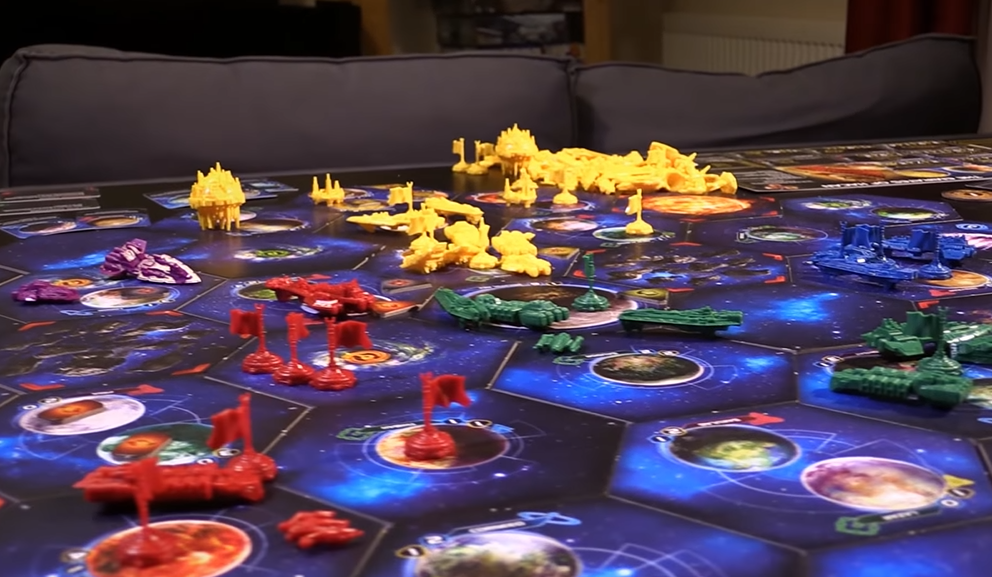 As you go through this list, think about what you enjoy most about Twilight Imperium. Then, whether you’re looking for something new or fresh, I’ve compiled this list to include games that’ll remind you of the gameplay.

There will be some variations, of course. Consider how many players will be involved, the age, and what type of games you usually enjoy.

This list is compiled of different games in Science Fiction that remind me of Twilight Imperium. I’ve even included an expansion since it’s a totally new game.

Each game will have similarities, whether it’s factions, colonization, or picking out the top ruler.

Why Should I Play Board Games? 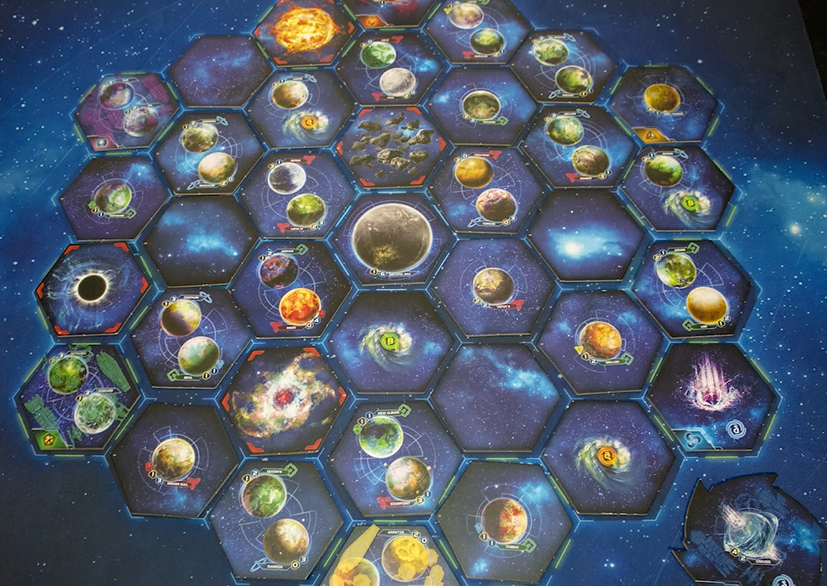 Board games are a great way to relax! During the week or weekend, I love pulling out a board game or two with my friends.

Don’t get me wrong, some games can be highly competitive and stressful, but some friendly competition makes it exciting. Of course, if that’s not for you, there are always co-op games like Pandemic.

Many of these games are excellent for teens too. So grab a copy for your next game night. It’ll have your teen thinking and strategizing along the way.

How To Pick Out the Right Board Game for You

There are a few questions you’ll want to ask yourself.

First, how many players will there be?

Next, how long of a game are you all comfortable with?

Lastly, what type of games do you all enjoy?

If it’s for a family game night, think about if your teen will be comfortable playing these games. Many of them are more complex and not for beginners at board games.

Some can be a challenge for adults as well. It’s a good idea to check out the reviews and overall gameplay.

These games are similar to Twilight Imperium if you’re looking for that Sci-Fi and divide and conquer feel. Plus, many can be ordered right online for your convenience.

Many years have passed since the Terran-Hegemony War. Major species across the galaxy have been trying to prevent bloody events from happening again.

There’s the Galactic Council that was created to provide peace. But, even with them, there’s hatred growing within seven species and in the council.

What happens in the future is unknown as alliances continue to break. Find out which faction will come out on top to rule.

Compete with your rivals for a spot at the top. During gameplay, you’ll colonize new areas and build spaceships. The spaceships help with the war.

It’s perfect for a family game night with teenagers! 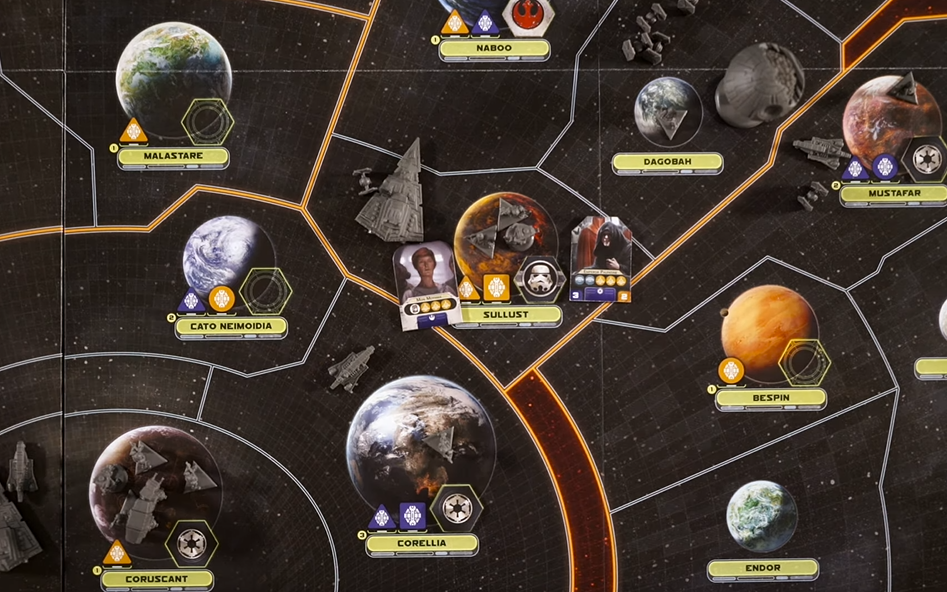 I had to include this one on the list because who doesn’t love Star Wars? Also, it’s on sale on Amazon when posting this.

Head into the Galactic Civil War within this game. You’re either part of the Rebel Alliance or Galactic Empire.

You and the other players will secretly decide what you’ll do next during gameplay. Characters have different missions when you assign them.

It comes with about 150 plastic miniatures and the game board. Be prepared to be there a while since it takes about three to four hours.

You’ll want to be at least fourteen years old, and two to four players can enjoy it. It’s a bit harder, so I wouldn’t recommend it for beginners of board games. 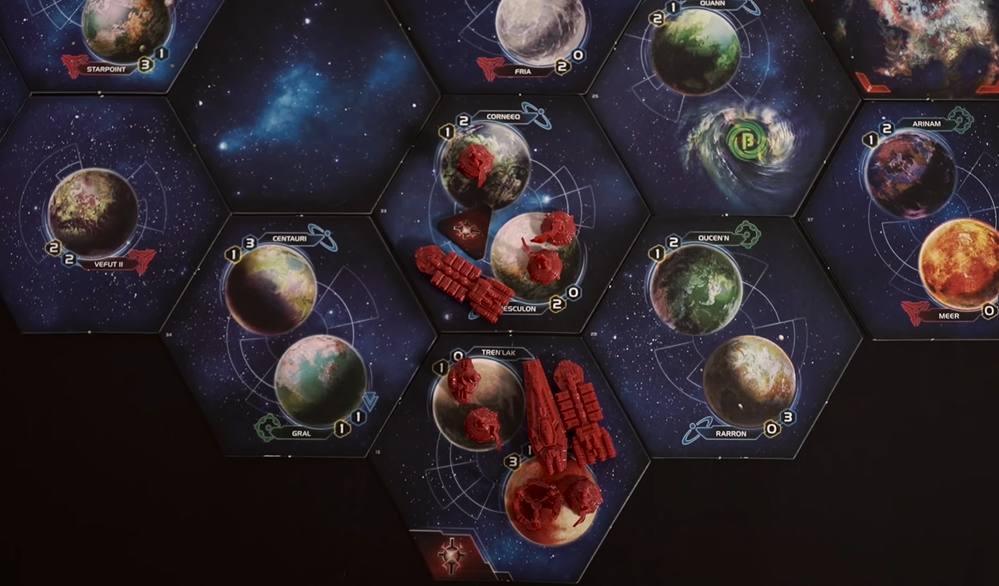 The great part is that it expands your game, allowing two extra players.

During the game, there’s hearsay about the lost planet Ixth. During all of the chaos, The Prophecy of Kings appears.

Enjoy four new system tiles, seven factions, and more. Each faction will have its own strengths and weaknesses.

There are new mech units and 74 new leaders. It comes with objectives, agendas, and action cards.

If you’re fourteen or older, be prepared to sit for four to eight hours. It can be enjoyed by three to eight players. 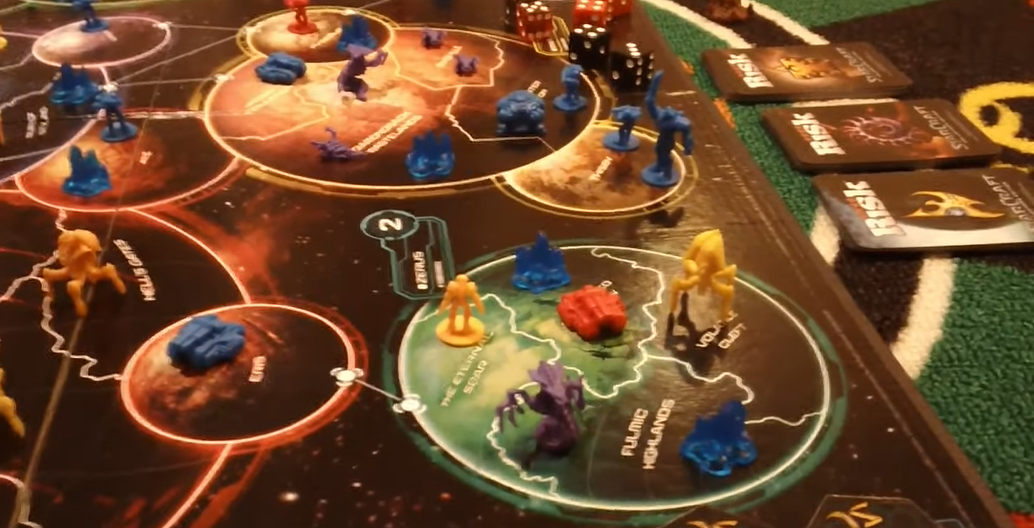 I loved the original RISK game since it’s all about conquering land and strategizing. The StarCraft Collector’s Edition is an excellent choice for those who enjoy Science Fiction.

In this game, the Koprulu Sector is facing war. You have to fight against your enemies (you get the choice of three) and have to survive.

Have you played the StarCraft video game? It’s similar to that. The factions in this game are the same as the video game.

It’s also great for a younger audience since you need to be ten or older to play it. Perfect for two to six players.

The three factions include:

There are six heroes to choose from as you fight against your enemies. It comes with the game board, race cards, and sixteen game pieces in total.

These games require the base games but deserve a mention! They’re loads of fun, and some are great for younger ages. 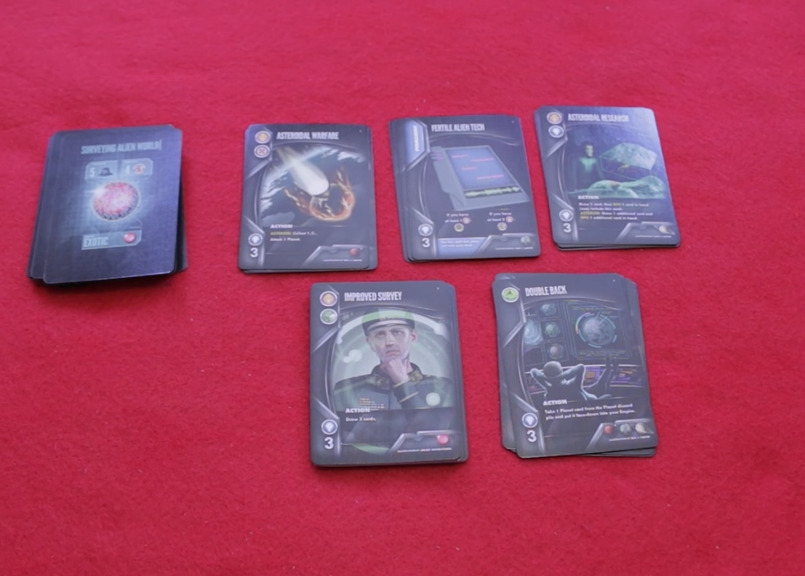 If you have the base game, Eminent Domain, then you’ll love this! It’s for serious players of the base game to enjoy.

It’s a shorter game than the others (about 45-60 minutes). Make friends with aliens, mine asteroids, and more.

It can play two to five people. The great part is that this is a large expansion! 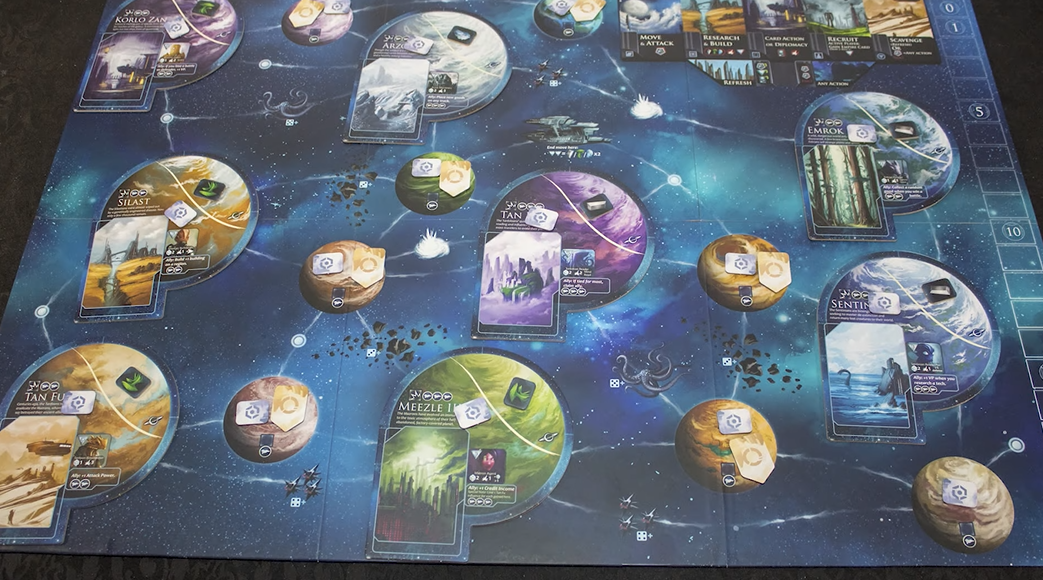 If you enjoyed the base game, then you’ll love this one! Play with different action cards and unique events.

Rescue worlds, stop wars and brings leaders to safety. In addition, you can either befriend or conquer the aliens you meet along the way.

You’ll want to be at least thirteen years old to enjoy this one. It can have two-five players.

Check out the Pyrious Empire in this game. Find out who will become the leader of the galaxy. Enjoy unique characters and strong abilities in this game.

Question: What can I play instead of Risk?

Answer: The Cyclades, Axis and Allies, and Small World, to name a few! Plus, consider these other games on the list.

Question: How complicated is Twilight Imperium?

Answer: It’s not the most challenging game out there, but it’ll be a challenge for those new to board games.

Question: Is Twilight Imperium the best board game?

Answer: As long as everyone understands how to play it, it’s one of the best board games out there!

After exploring games like Twilight Imperium, I hope you find a suitable match for your next game night! Be sure to take your time checking out your different options and ask yourself the questions in the how to pick out the right board game section.

While there are various choices, I still think that the Asmodee Eclipse Board Game is similar to Twilight Imperium. You’ll be able to colonize land and build spaceships! You’ll also find out who out of the players will be the ruler.