Being a lover of board games, I’ve always had a special place in my heart for everything Harry Potter. So the thought of Harry Potter board games sounds intriguing.

Are you dreaming of the ultimate Harry Potter Monopoly Guide? You might be wondering if Monopoly has made a Harry Potter version because, let’s face it, we all miss the trio from the movies and books!

Ever since I was little, I would wait years for each book to come out (yep, showing my age). But it was always well worth the wait.

Even though the movies and shows have ended, there are various games to choose from. But what about Monopoly? Read this guide to find out the answers to these burning questions!

Let’s answer what you’ve come here for…is there a Harry Potter Monopoly game? The answer is no.

Can you imagine how popular that would be, though? I bet they could get top dollar for combining the ever-popular Monopoly with Harry Potter.

Why Isn’t There a Harry Potter Monopoly?

There isn’t a licensing agreement between Warner Brothers and Hasbro. There’s no information about whether this will change in the future, though.

While some have created Harry Potter Monopoly on places like Etsy, be careful with these. Due to a lack of licensing available, games with Monopoly or Harry Potter without proper licensing aren’t legal. Many have been told to take the game down since it’s against the rules.

How to Make My Own Harry Potter Monopoly? 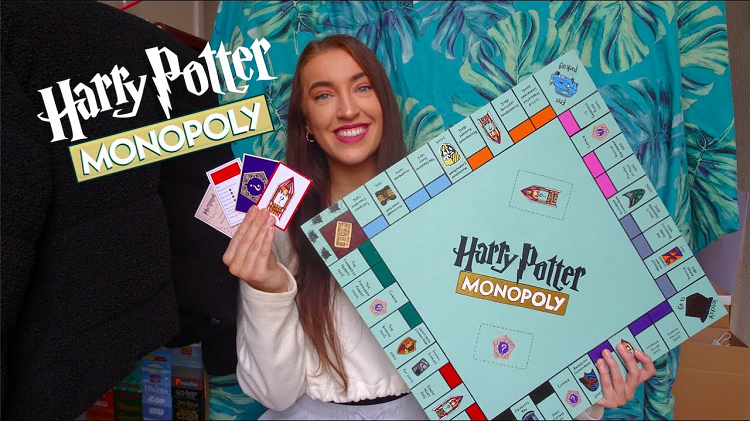 First, it’s important to remember that you can’t sell a game that you make yourself. It’s just for you and your friends to enjoy, but you can’t try to sell it. So be sure to look at other Monopoly games for reference.

Decide on a theme for your board. Whether it’s based on Hogwarts, a specific room at the school, or the different houses. I’m team Ravenclaw, so I’d love a board dedicated to my house!

Consider different street names. Since you’re making it, the great part is that you can design it how you’d like.

Some of the names that you’ll need are for:

Use an 18 x 18-inch cardboard to create the board itself. Use a ruler for reference.

You’ll need paper for cash and cards for the different cards in play.

Coming up with a Theme 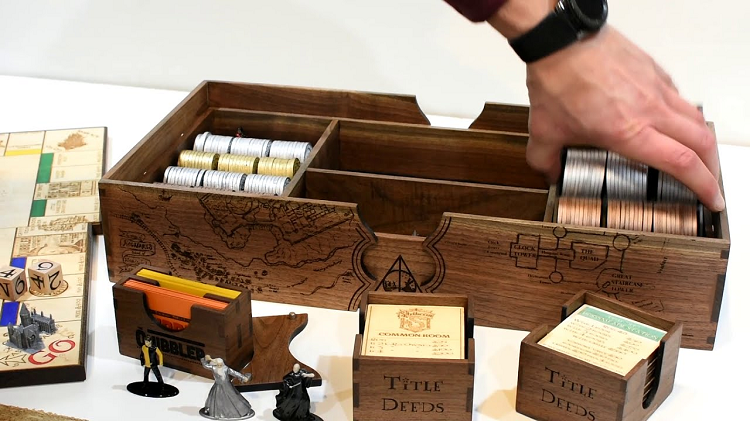 Last but not least, if you don’t already have Monopoly money, you’ll need to use paper to make the dollar bills. You could also use paper money from other games or another Monopoly game.

The original Monopoly didn’t come with tokens! Instead, they used items around the home. You can do the same with buttons or coins.

Use paper machè or clay to create your own tokens.

Whether you’re building schools, homes, or castles, you need these for the different properties. For example, in Game of Thrones Monopoly, you have holdsteads and castles.

Consider buying miniature pieces, reusing pieces from another Monopoly board, or making your own. If you’re making your own, you could create tiny homes with paper. Origami might have some ideas.

Once you grab some dice, then you’re ready to begin! 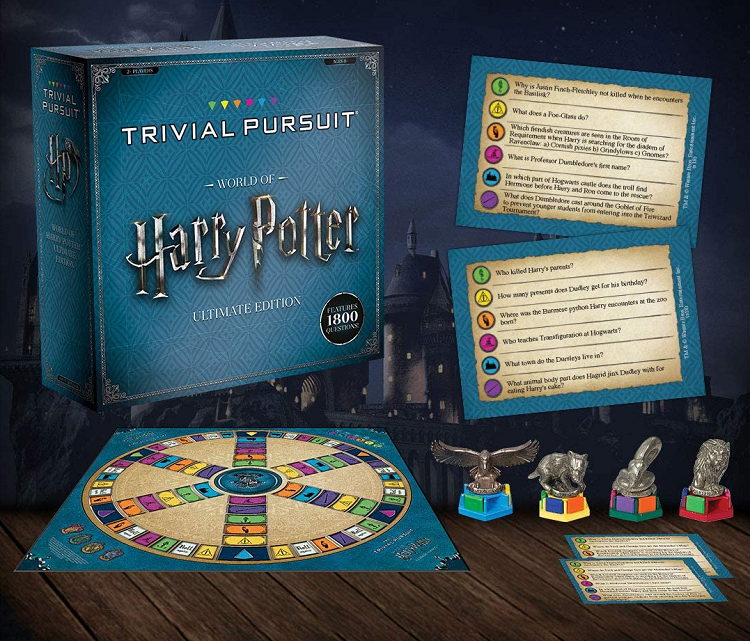 Trivial Pursuit is a classic that many have grown up with. So why not add in the excitement of Harry Potter?

Harry Potter is incredibly popular, so even if this is a gift, they’re bound to love it. It comes with 1800 questions based on the Harry Potter movies.

Choose from four tokens, including Ravenclaw, Gryffindor, Hufflepuff, and Slytherin. Questions include magical creatures, objects and artifacts, magical locations, spells and potions, and the dark arts. Play with your friends and consider forming groups to win.

Trivial Pursuit Harry Potter is perfect for the ages eight and up. It can be played with two-eight players. 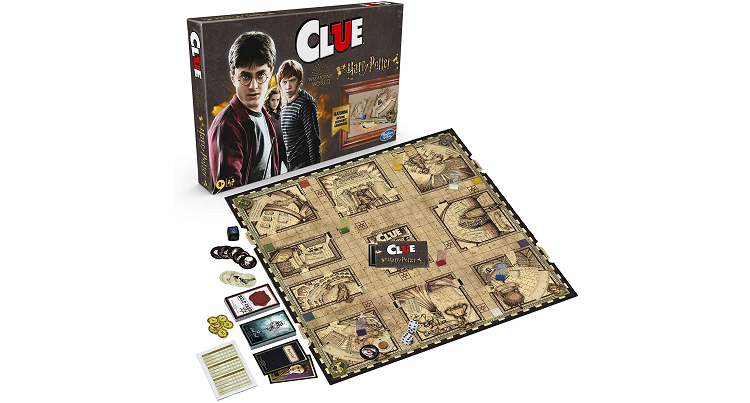 I love Clue and recently played it with my nieces (and was beat)! If your child is eight or up, this Harry Potter edition is perfect.

You and your family will get to be Ginny, Luna, Harry, Ron, or Neville. But, first, you’ll need to discover where the crime happened, what the spell was, and who disappeared.

There are changing staircases, secret passages, and dark marks that might appear. It’s perfect for three-five players too.

I love how it’s nostalgic since it brings you back to playing Clue as a kid, but with a twist! This would make an excellent gift for all of your favorite muggles. 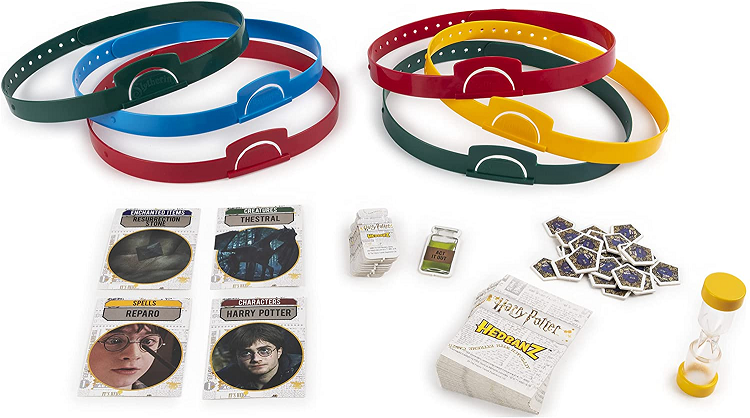 Hedbanz is an exciting game where you’re trying to guess what word or clue is on your head. Others will give you clues to help you figure it out.

This is Hedbanz, the Harry Potter edition. So your guesses will be Harry Potter-themed. It comes with 25 chocolate frog tokens, twelve potion tokens, one sand timer, and six headbands.

Hedbanz is also a more straightforward game to figure out, perfect for family game night! You can represent the different houses (Slytherin, Gryffindor, Hufflepuff, and Ravenclaw) while you play along. 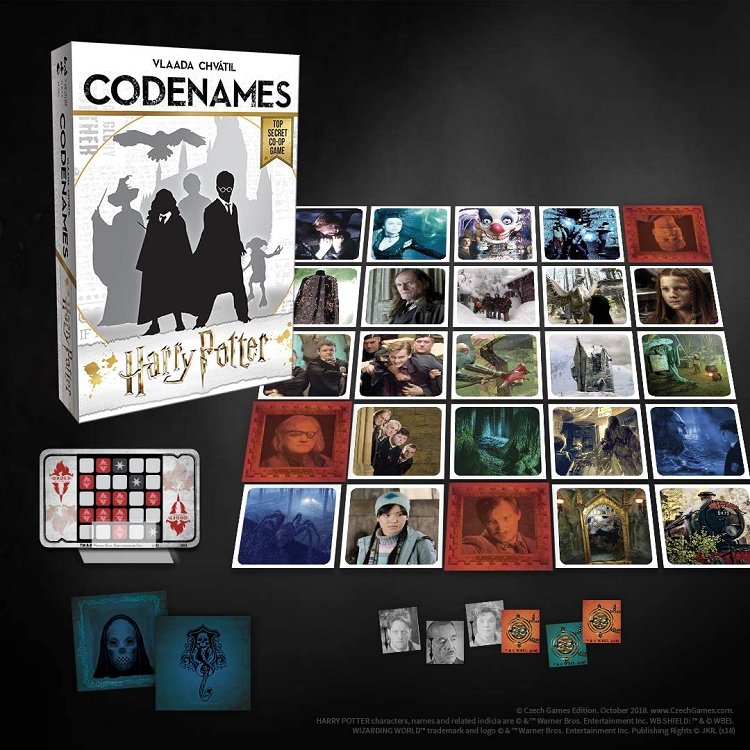 I love CODENAMES! There are different versions I’ve played, including the Marvel edition (which was actually quite challenging).

During the game, you have two clue givers and then the guessers. They’ll give you clues matching multiple cards for you to figure out what cards are your team’s.

The clue givers look at a tiny card that’ll tell them which cards are theirs, the other clue giver’s, black cards (game over), and neutral (no one’s). It comes with one death eater cover card, one pad of mission logs, instructions, one card stand, sixteen Order of the Phoenix cards, and eleven time-turner tokens.

I was pleasantly surprised when I played Monopoly Game of Thrones. Instead of money, you use coins! There are others to choose from, and while some are very different from the original, others are similar. 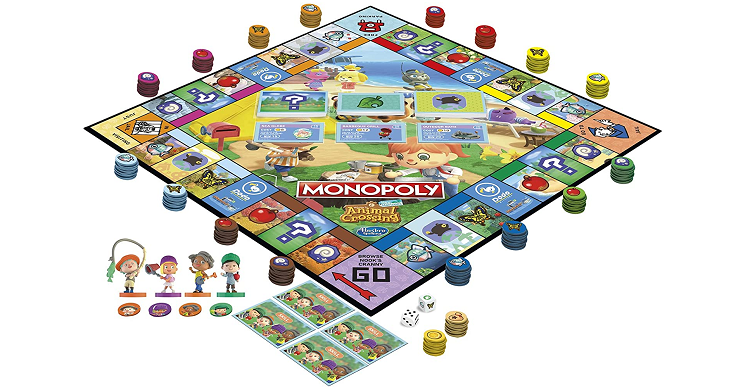 I love how different this edition of Monopoly is from the original! You’ll be taken into the world of Animal Crossing as you collect bugs, create furniture, and try to earn bells.

The object of the game is to have the most Nook Miles. So, for example, the furniture you can buy is worth a certain amount of Nook Miles.

I love how it’s perfect for the whole family! It’s for ages eight and up and can have two-four players. 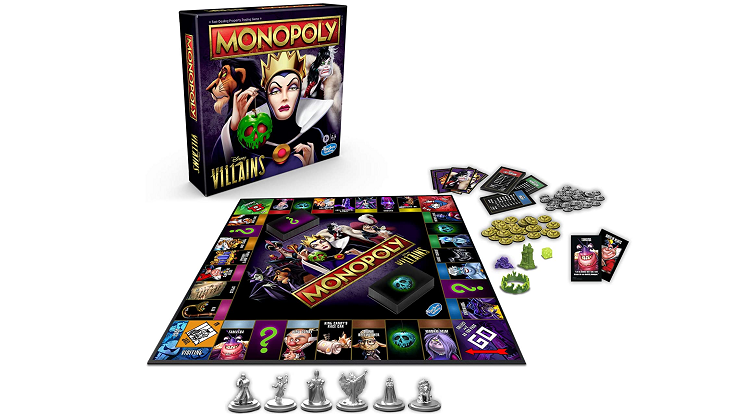 I love how Monopoly gave us a villain’s version of Disney characters. Also, it’s pretty cool how you can place Flames of Power on your token when you pass GO.

It’s perfect for a family game night since it’s for the ages of eight and older. Two-six players can enjoy this one.

You can play as Hook, Maleficent, the Evil Queen, Jafar, Scar, or Cruella. The more villains you hire, the more rent you can collect. Poison apple cards can switch up gameplay. 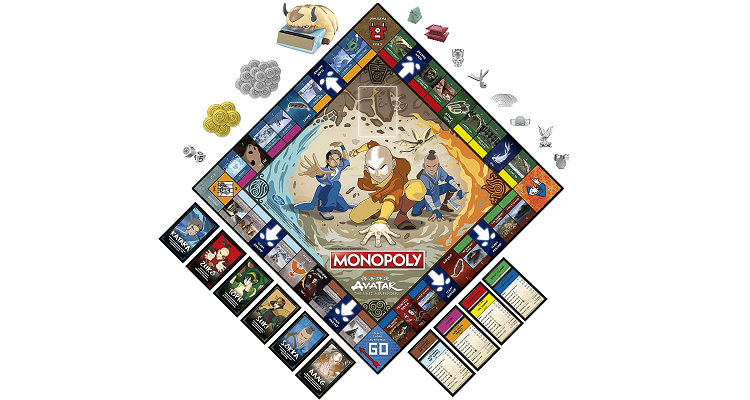 If you’ve seen the Last Airbender, then you’ll enjoy this take! During play, you can have special powers depending on your character.

Just like traditional Monopoly, you want to protect your properties. Therefore, you want to save as many properties as possible from the Fire Lord. Whoever is the last person to have coins wins.

Perfect for ages eight and up and two-six players. 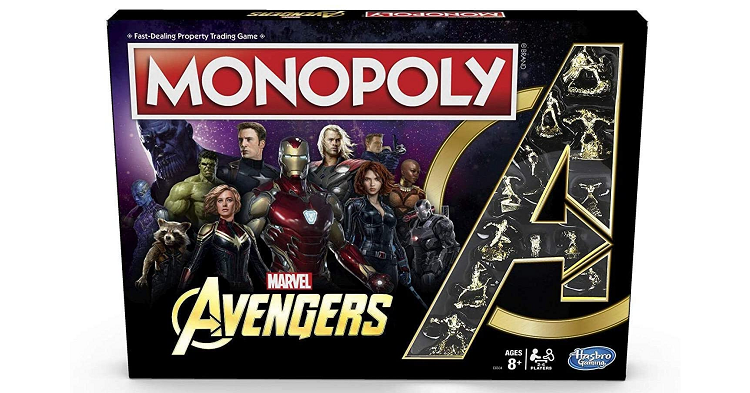 I love Monopoly and Avengers, so this is the perfect pairing! In the game, you’ll form a team of Marvel heroes.

The heroes could include Maria Hill, Nick Fury, Iron Spider, and more. Then, of course, there are Stark industries cards and an infinity gauntlet.

Watch out because if you land on a Child of Thanos space, then you’ll need to prepare for battle! You can choose from twelve Marvel character tokens.

Question: Is there a Harry Potter Monopoly?

Question: What is the Rarest Monopoly?

Question: What Different Types of Monopoly are there?

After exploring this Harry Potter Monopoly guide, I hope you’re not too disappointed that there isn’t a game available. However, while it’s not available, there are plenty of other editions that you should consider giving a try.