The Star Wars universe is one of the most exciting sci-fi creations to come out of the twentieth century, and its legacy still lives on today with many more blockbuster films being released over the past couple of decades.

Fans will undoubtedly be used to experiencing the world of Star Wars on the big screen or even on a game console, but what many people don’t know is that there are Star Wars board games out there too, and in this guide, I’m going to explore one of the best: Star Wars Legion.

With warfare being a central pillar of Star Wars – from the Battle of Christophsis to the Siege of Mandalore – it’s no surprise that the Star Wars Legion game also shares a similar focus.

Entering into the chaos of the Galactic Civil War, it’s your mission to get boots on the ground and lead your army to victory.

The stakes are high in this tabletop miniatures game of epic infantry battles, but the potential rewards are even higher. Are you ready to become a legend within the Star Wars universe?

Find out how to play Star Wars Legion – and, most importantly, how to win – in this guide.

Star Wars Legion presents the perfect opportunity for fans old and new to immerse themselves in the fictional universe that they know and love.

The Origin and History of Star Wars 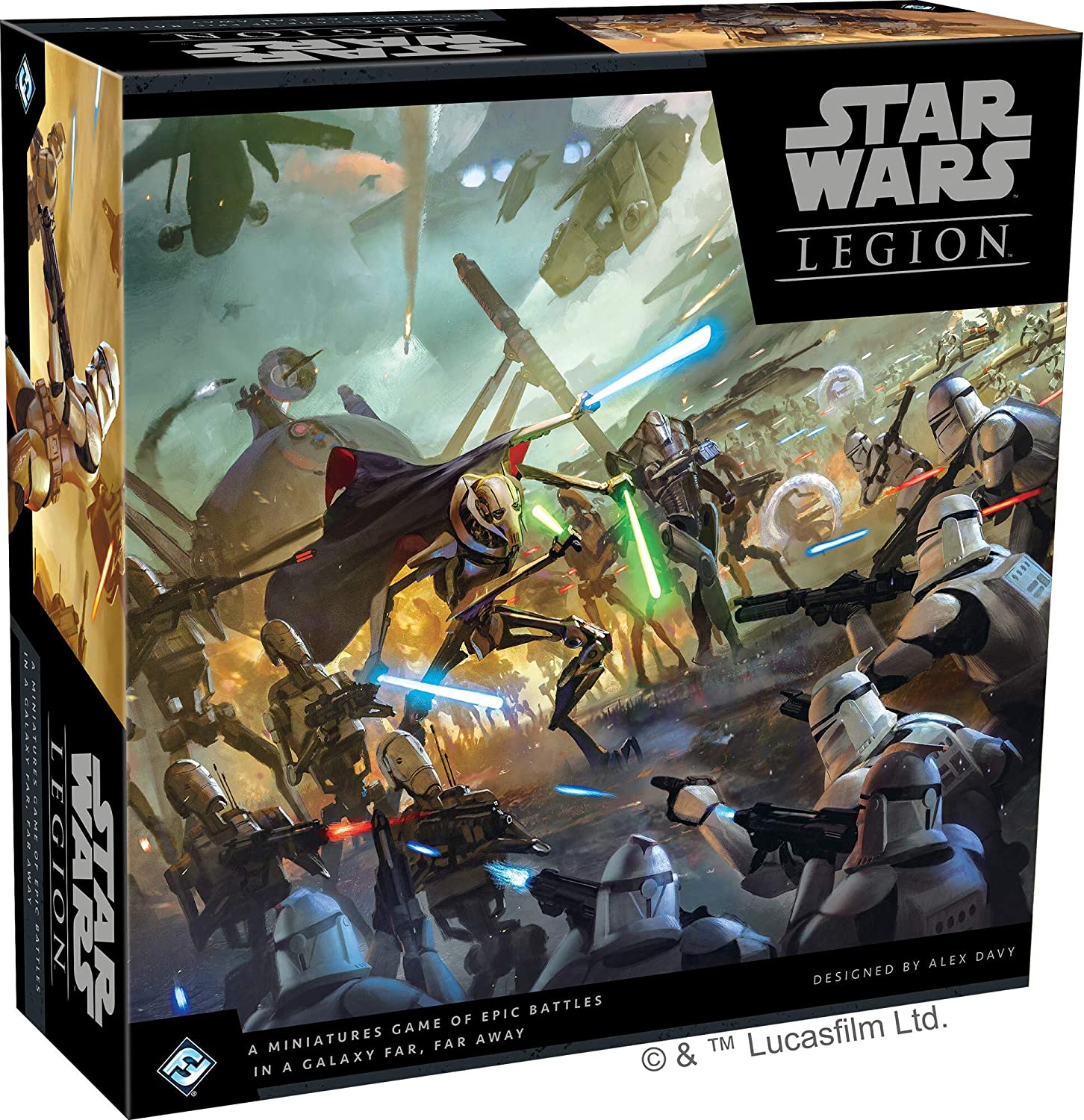 One of the most interesting aspects of Star Wars history is that age-old debate of whether it started as a book or film.

Technically speaking, the book, Star Wars: From the Adventures of Luke Skywalker, came out in 1976 before the first film, but it’s important to note that the film wasn’t actually inspired by the book.

In fact, the book was a novelization of the film, so in that way it didn’t precede the big screen version – it just happened to be released first.

The first film, which quickly became a huge hit, was released in 1977 and sparked a whole multimedia franchise created by George Lucas. It was retroactively subtitled Episode IV: A New Hope and became part of the original Star Wars trilogy.

Later, Lucas returned to the world of Star Wars to direct a prequel trilogy.

There are twelve Star Wars movies in total, and the franchise has expanded to include television series, video games, theme parks, comic books, and a whole range of other media.

In Star Wars, humans and alien species co-exist with robots. Space travel is pretty standard, with a wide range of spacecraft that use lightspeed hyperspace technology to reach distant and unfamiliar lands.

Holographic projections and two-way audio and audiovisual screens are standard methods of communication in this futuristic sci-fi universe.

“The Force” is an idea that permeates all of the films – it is described as the energy of all living things. Certain powerful beings are able to wield the Force; these are known as Jedi (peacekeepers of the universe) and the Sith (who use the dark side to manipulate fear/aggression).

At its heart, the Star Wars franchise, for all its exciting sci-fi action, is about the balance between good and evil and overcoming the darker parts of human nature which are reflected by the many conflicts in the fictional intergalactic universe.

Star Wars Legion is a highly competitive war game where two armies battle with each other to secure key objectives. After six rounds the game ends unless all of one player’s units are defeated before that point.

The winner is the player who has completed the most objectives and has therefore earned the most victory points.

How to Play Star Wars Legion 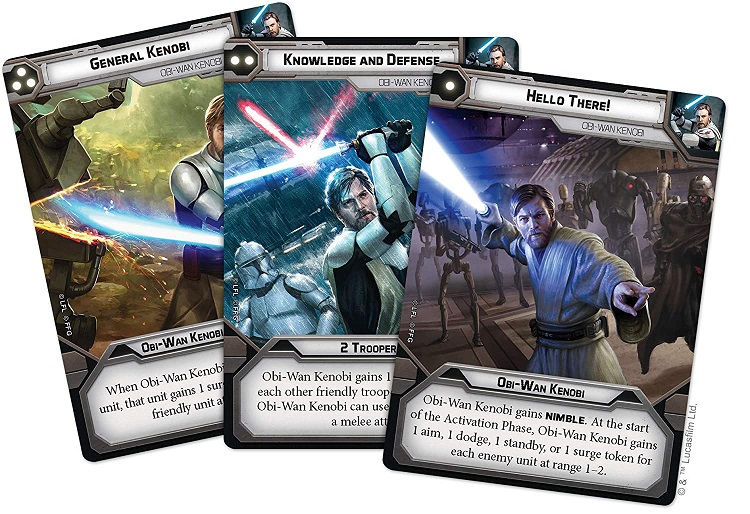 Before you start playing, you’ll need to spend some time setting up the game, and that includes assembling the miniatures.

Players need to attach all miniatures to their bases and attach some parts together securely. To do so, it’s best to use superglue. Follow these steps:

Next, you’ll need to assemble the range ruler by connecting the peg ends to the receiver ends.

To assemble the movement tools, pair the two halves of each tool using the corresponding speed indicator symbols and connect them.

The first time you play Star Wars Legion it’s recommended you should have a short learning battle to get to grips with the rules. That is what I will explain how to set up and play in this guide. 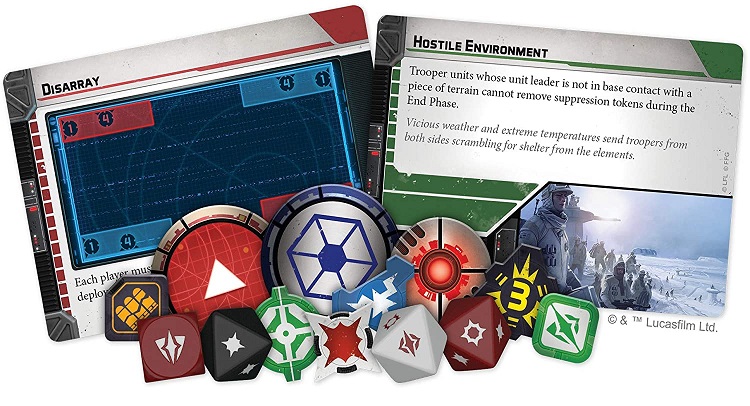 The armies within Star Wars Legion are made up of units of troopers and vehicles. Each army consists of multiple units (a unit is a collection of miniatures that function as a single fighting group).

The number in the right-hand corner of each unit card indicates how many minis are in that unit.

Units are divided into ranks. These are used when issuing orders during the Command Phase. The ranks are:

The game is played over six rounds, each of which consists of three phases: Command Phase, Activation Phase, and End Phase.

During this phase, players attempt to impose order on the chaos of war by using their Commanders to direct nearby units.

Each Commander comes with an array of powerful strategies that are represented by command cards. Each player uses one of these cards during each Command Phase to issue orders.

To resolve the command phase:

Place an order token matching the unit’s rank face up on the battlefield near the unit’s leader to issue an order. The order will be carried out in the next phase. 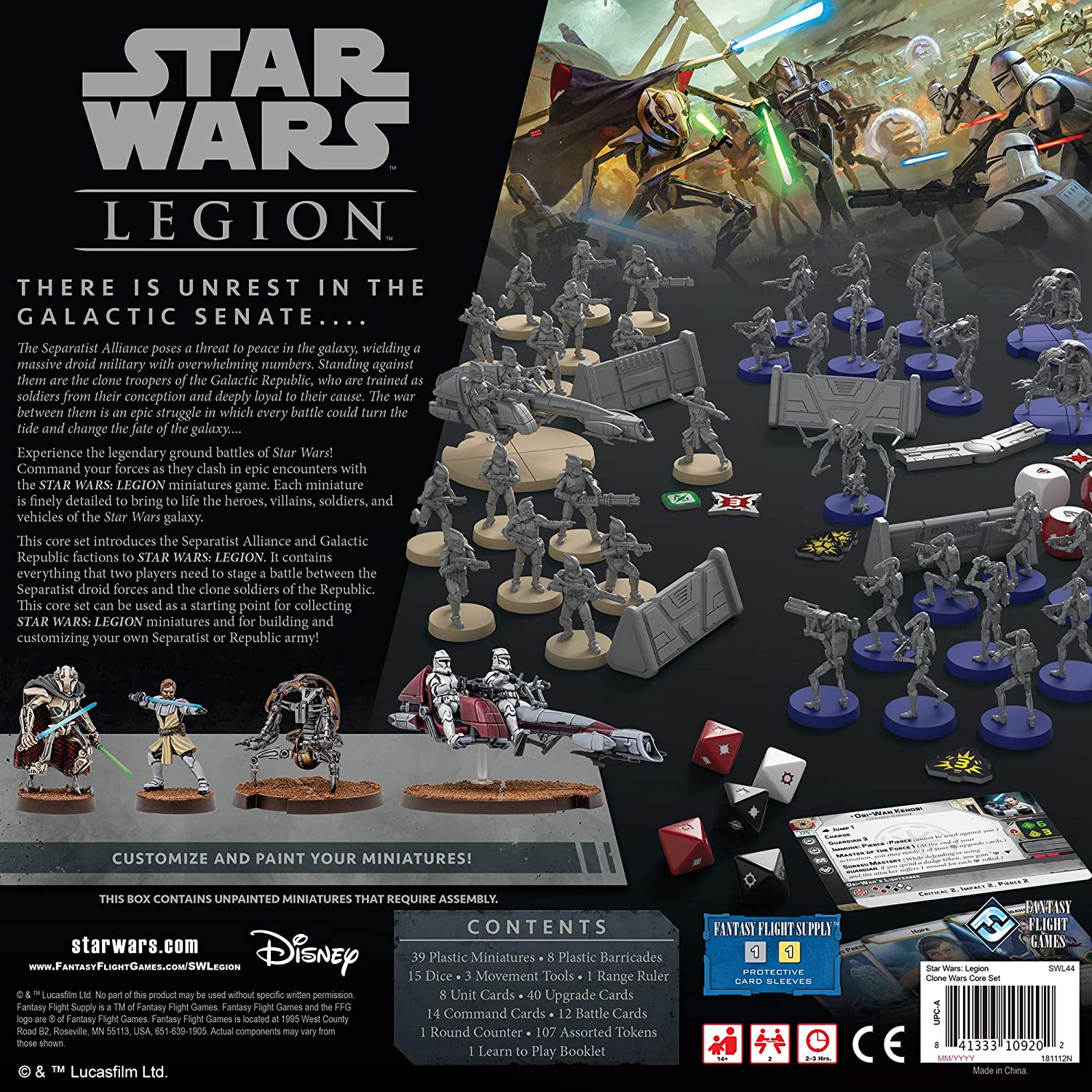 Beginning with the player who has priority, each player takes a turn activating one of their units. Players alternate turns until each unit has been activated.

During a unit’s activation, it can perform two of the following actions:

Once each unit has been activated, players resolve the End Phase to prepare for the next round of the game. Each player should discard any face-up command cards on the battlefield – they can’t be used again in this game.

Players then remove one suppression token (if any) from each unit. During the learning battle, suppression and standby tokens are not used.

If all of a player’s commanders have been defeated, they need to promote a unit leader from one of their trooper units to take over as commander. Place the commander token in the play area near the selected miniature.

The unit’s original order token should then be discarded, and a commander order token is placed on that unit’s card. The unit now has the rank of a commander, but if a player has no trooper units left when they lose their last commander, they can’t choose a new commander.

Finally, the player who has the round counter should advance it to the next number and pass it to their opponent.

If all of a player’s units are defeated, that player is eliminated and their opponent is the winner. However, if after six rounds neither player has been eliminated, the player with the most victory tokens is the winner.

For the learning battle described above, players acquire one victory token each time they destroy an enemy unit.

If both players have an equal number of victory tokens at the end of six rounds, they should total the point cost of their opponent’s destroyed units.

Who is Star Wars Legion for? 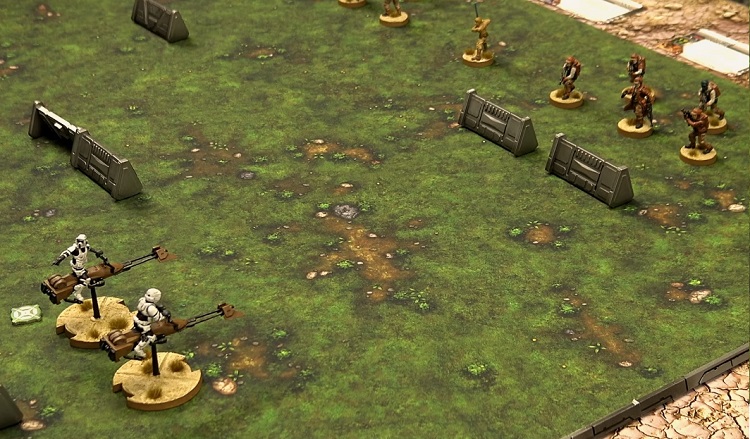 Star Wars legion is recommended for two players aged fourteen years and over. That might seem like quite a high age recommendation for a board game such as this, but the complexity of the game’s rules is likely to deter younger players.

I would highly encourage any Star Wars fans to consider purchasing this game since it allows such immersive gameplay and truly reflects everything that’s so exciting about the franchise.

Likewise, board game fans who have a particular interest in the war genre will likely find much enjoyment in Star Wars legion.

It certainly isn’t a family game, and I wouldn’t recommend it to anyone who doesn’t already have an interest in Star Wars. In that respect the game’s demographic is somewhat limited, as is to be expected.

How Many Pieces are there in Star Wars Legion?

Here are some alternative games you could try. 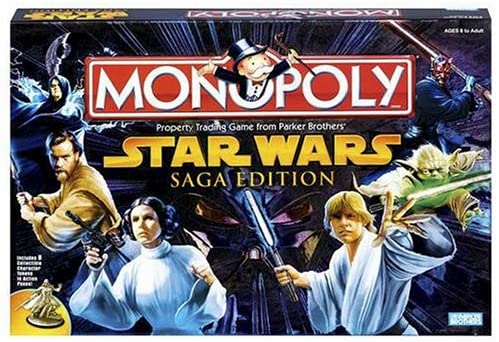 Star Wars Monopoly combines intergalactic adventure with the classic property-trading formula that has proved so popular over the years. The rules are pretty much the same as the original Monopoly, but many iconic Star Wars locations and characters have been included to make a totally immersive board game. 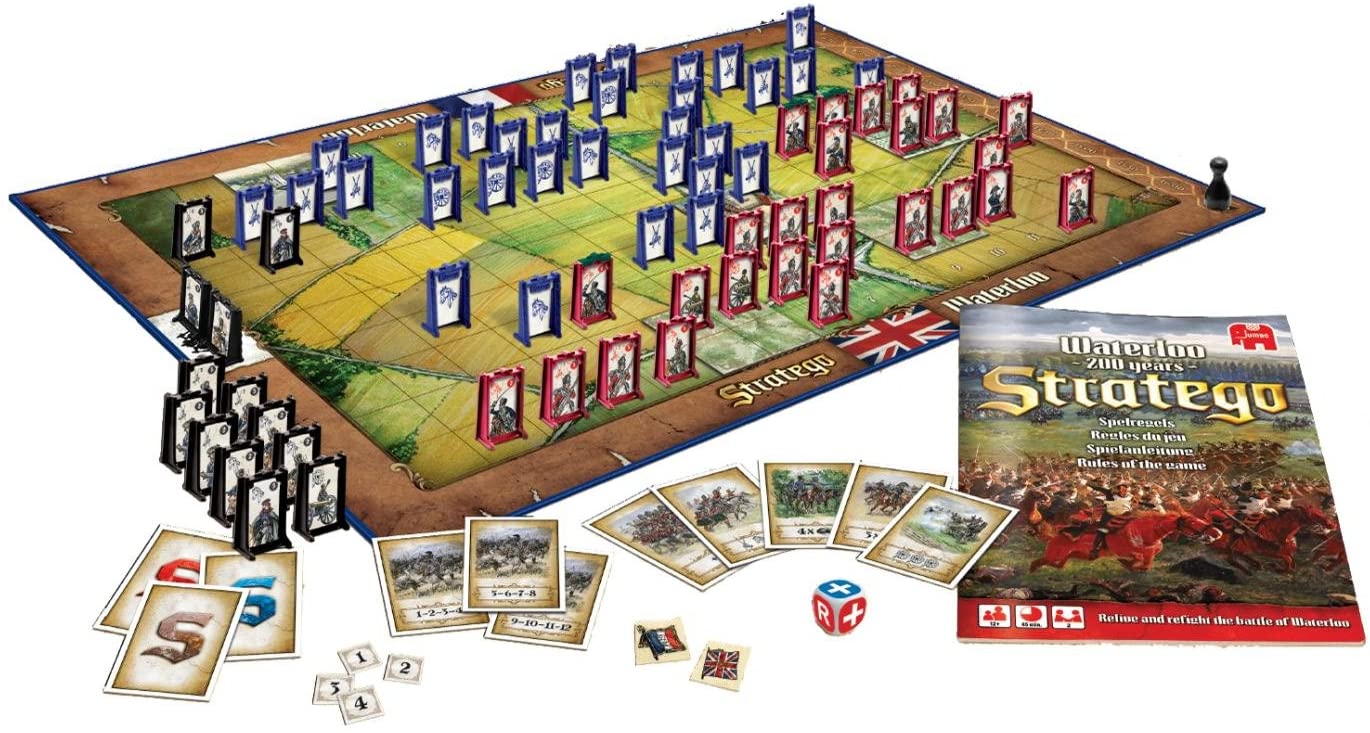 If you love the element of strategic warfare in Star Wars Monopoly, you’ll love Stratego Waterloo. The game is designed to emulate the real historic Battle of Waterloo, but you have the power to change the final outcome by deploying a well-thought-out strategy.

Want to find out more? Read our Stratego Waterloo guide. 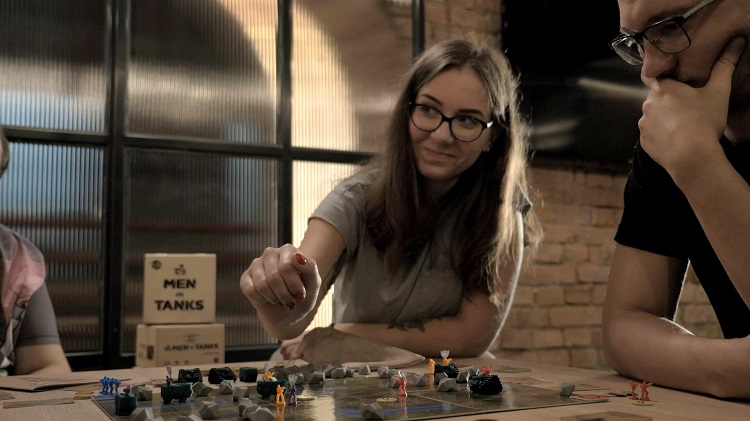 This one isn’t a recommendation you can play right now, but it’s a game that will hopefully be released soon with the help of Kick Starter.

Men in Tanks: Lazarus’ War shares some similarities with Star Wars Legion and will certainly appeal to fans of the war game genre. It’s a modular hybrid family battle board game that’s packed with thrilling action.

Answer: Star Wars Legion isn’t a family game for multiple reasons. Firstly, because it only allows two players to join in at a time, and secondly, because it takes quite a long time to figure out how to play.
The rules are complicated and gameplay can be slow when you’re first getting started, so it’s not the kind of game you should pull out at a family gathering. Fortunately, we have a guide to the best family games so you can find something more suitable.

Answer: Again, you can’t play solo, but there are lots of other great solo games included in our guide here.

Answer: Once you get the hang of the game, it has a moderate ability level – I’d say it’s neither hard nor easy.
However, learning how to play is an entirely different matter. There are many components and many different ideas to get your head around, especially if you don’t have much experience in the war genre.

Question: Do You Need Glue for Star Wars Legion?

Star Wars Legion – is it Worth Buying?

As someone who isn’t a particularly big Star Wars fan, to begin with, and who also doesn’t really like war games, it’s difficult to say I’d recommend Star Wars Legion to another like-minded person.

The game just doesn’t have a widespread appeal and it’s actually pretty complicated to play.

However, that being said, it ticks all the boxes for die-hard Star Wars fans. The game offers a thrilling and immersive way to explore the Star Wars universe in more depth and it incorporates many classic locations and characters.

More than that, it works well as a war game and holds its own within what is ultimately an oversaturated genre – in that respect, Star Wars Legion is very accomplished.

So, if you’re a Star Wars fan or simply love games that involve warfare, yes, I would 100% recommend Star Wars Legion.